It's been a long time in the making - over 12 years now but Club Motorsports is finally paved and the first cars started lapping the full track. The layout includes 15 turns with nice variety and wide pavement in most sections. Much needed safety features like curbing, guard rails, and catch fences will be added in short order. The track looks like it's a blast to drive! I can't wait to find out how the elevation changes compare to Palmer and other tracks within easy driving range of the Boston area. 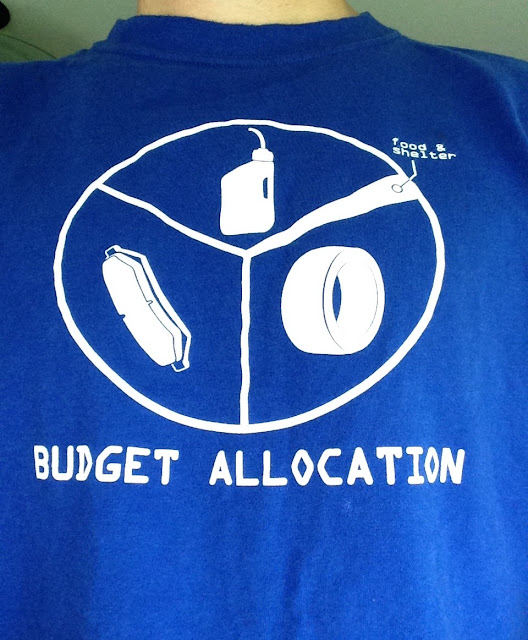 Looks about right. The more you race, the less shelter you need.
Posted by CT at 10:44 AM

The best part about the rain line at Palmer is that there is no rain line. Yet. This is because the pavement is new and no racing series have run there yet. There are no concrete patches like Watkins Glen and there is not enough rubber deposited from tires yet that could make the regular dry line more slippery in the rain. Couple of tips (track map):
Palmer is a driver's track and it was even MORE FUN in the rain! My favorite conditions for driving it were when the rain line started drying up in spots and you really have to hunt for traction and go by feel. There are no easy reference points anywhere on the track either, so you'll have to drive a lot by feel here. Drivers wanted!
Posted by CT at 11:46 PM


I have to be honest here: when clubs first started announcing track days at Palmer for 2015, I was a little worried. It looked like the track had amazing potential during that short “test-drive” I did on it back in late Fall but there were so many open questions: Will it be ready for 2015? Will it have the needed safety features added? Will it be fun to drive at speed? Will people be able to figure out how to drive it or they’ll fall of a 1,000-foot cliff? Will it have at least a trailer for a classroom? Power? Water? Heck, will it have washrooms or I’d have to do my business behind one of those big rocks?

Most of us have fallen into a rut when it comes to our driving schedules. For those of us in the Boston area, we’ve been going to Tremblant (our signature event away from home!), Lime Rock (sorry, the logistics and financials are not in favor), NHMS (well, at least it’s close to home), and Watkins Glen (grins all around). I had my first (and last) event at Monticello a few years ago and even though it looked promising, its high-paying members made a decision to keep it exclusive (I hear Ferrari owners experience “shrinkage” when a lowly BMW passes them). Then there was our Thompson adventure last year. The track is fun to drive but it still looks like it was put together by a bunch of guys drunk on Coors Light.

Jumping with both feet on the Palmer opportunity was a BOLD move that paid off! Of the 25-30 racetracks that I’ve driven in North America, there are only a few that really stand out with their distinctly own character: The Glen, Tremblant, V.I.R., and Laguna Seca come to mind first. The common thread between all of them: rollercoaster effect. Driving Palmer for the first time gave me that same feeling of excitement and distinct character, except Palmer keeps you busy for its full length of 2.3 miles. Even the front straight is not quite a straight and you are so busy fighting the car at triple digit speed through the kink, you just don’t have the time to glance at the speedometer, let alone wiggle your fingers or loosen your shoulders. Many of its 15 turns fall into Skip Barber’s Type III category: a compromise turn. You can drive through these turns many different ways depending on weather conditions, traction for the day, speed through previous turns leading to it, etc. Palmer is a track where you are constantly mixing the driver inputs (accelerating, turning, braking) and playing with the right mixture that will keep you at the edge of the friction circle. Trailbraking at triple digits? Check. Drifting around a concrete wall? Check. 4-wheel drift? Many checks. Blind turns, camber, off-camber, steep uphills, winding downhills, a carrousel turn, and a wild sequence of turns leading up to the front straight. Yes, Sir, may I have another?


Going to a new track is a bit like going to a new restaurant. You go for the newness. You come back for the food. Palmer is a track for drivers designed and run by drivers. I will be going back there many times for the unique driving experience. This is a mini Nurburgring on steroids only an hour and a half from Boston. Palmer is a hidden gem, which is why I am still worried: that all the other clubs will also find out how truly spectacular it is much too soon. So shut up, drive it, grin and pretend you've never heard of it (if you can).
Posted by CT at 7:14 AM 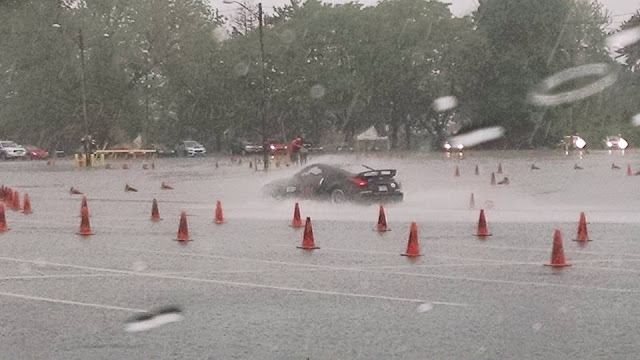 
Really don't need that many cones to prove that you CAN hydrolock an engine!
Posted by CT at 9:28 PM

Email ThisBlogThis!Share to TwitterShare to FacebookShare to Pinterest
Labels: Name That Caption

Fastest Swim of the Day!


Spectacular video from autocrossing in a heavy downpour!
Tough day for driving AND working the course.
Posted by CT at 9:13 PM

Email ThisBlogThis!Share to TwitterShare to FacebookShare to Pinterest
Labels: Autocross 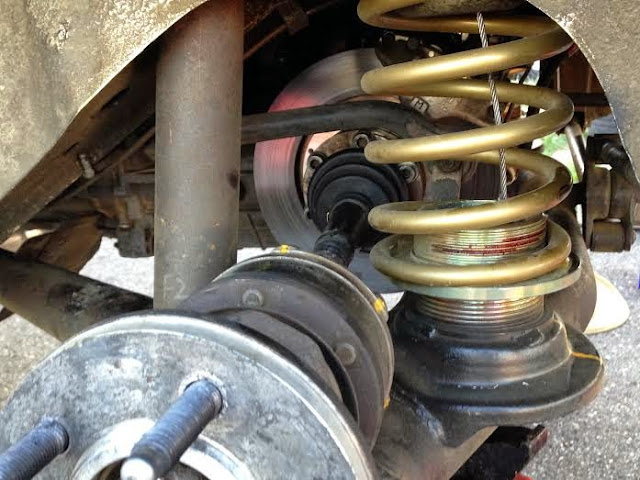 Can you guess the car from looking at the rear end?
Hint: do you see anything very unusual in the picture?
Posted by CT at 9:56 AM

Email ThisBlogThis!Share to TwitterShare to FacebookShare to Pinterest
Labels: Quiz

This Radical Turns on A Dime!

This is the new RXC Spyder featuring a 3.0-litre 440bhp variant of Radical's V8 engine, coupled to a seven-speed paddleshift transmission. It's an incredibly fast car and just amazing to see how fast it can change direction at high speed!
Posted by CT at 7:14 PM