I Saw My First Bugatti Veyron In Person Today. Stunning!

Fastest production car in the world!
Top speed of 253 mph (268 mph for the Super Sport version) 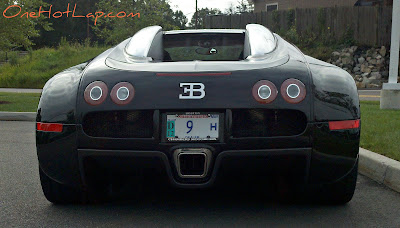 The shape is unreal; there is nothing else that looks anything like it out there. There are only 300 Bugatti Veyrons made and it's unlikely I'll ever see another one with barely anyone around. This was another car from Herb Chambers' personal collection (also see Lexus LFA with #1 MA license plate).

The two-tone paint scheme gives it a very dynamic look: 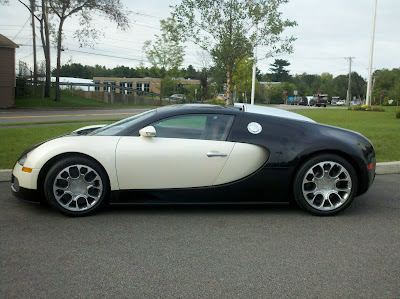 Sitting all by itself: 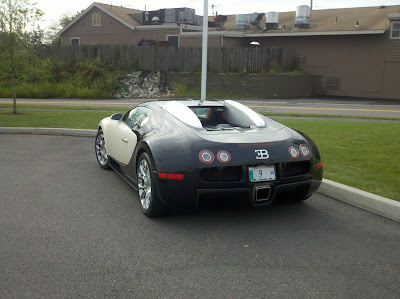 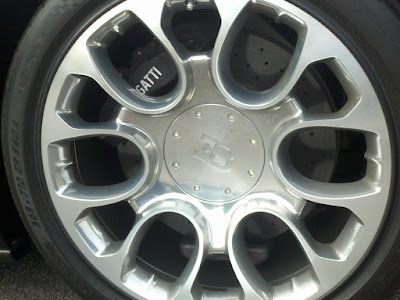 Gorgeous from this angle (I personally would remove the Fast Lane transponder from my Bugatti's windshield). 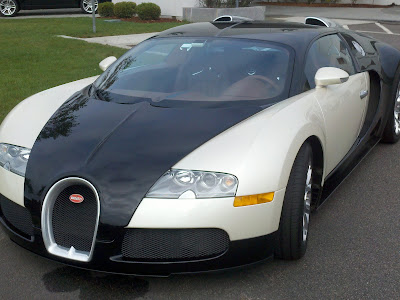 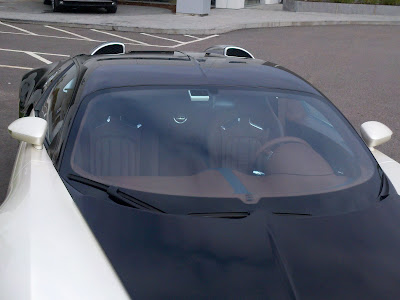 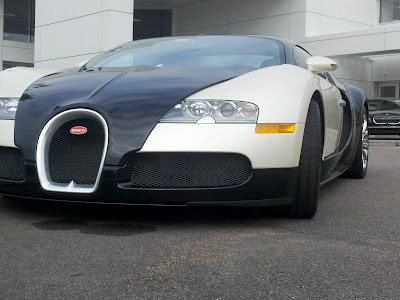 The insane 16-cyl engine is in the OPEN. There is NO cover of any sort. You know there is no rain in the forecast when you see this car parked outside! 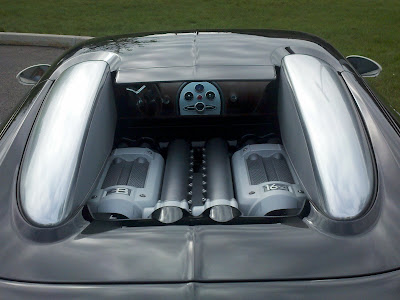 The carbon fiber in the Veyron alone probably costs more than a new BMW 3 series: 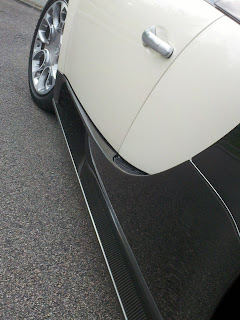 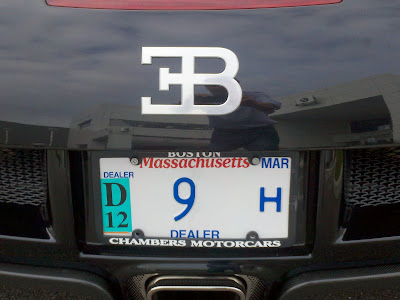 And here is Top Gear's video with James May hitting 253 mph. "I'm pretty confident that's the fastest I'm ever gonna go in a car."
Posted by CT at 10:21 PM