One-Trick Pony No More! Five Simple Ways to Be a Better Driver. 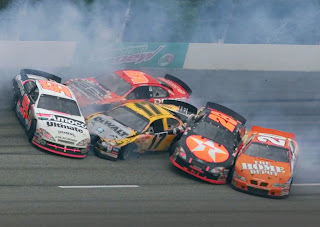 If you're reading this site, it's probably because you like to go fast, and you like things that go fast... very fast, and I am no exception to the rule. I am lucky enough to drive in clubs with wonderful people who have given me the opportunity to race their cars like I stole them- be it M3s from every generation or even the occasional Porsche 911. The thing is, I want to be fast in every car I drive, not just my own. So before the owners woke up from a mystery nap 20 minutes later, I was able to learn a few things that helped me improve tremendously:
1. Just drive. Don't have any pre-conceived notions about what the car will be like. I have found this to be the number one rule. If someone tells you their car understeers too much, don't take their word for it, try it! (Thanks Lavar!) If you believe a car will handle a particular way, you will likely drive toward that tendency and be unimpressed with the results. Keep focused, listen to what the car is telling you, and drive.
2. Look ahead. When you get into a much more powerful or agile car than you are used to, don't let the objects flying past you be a cause for alarm. If you keep your eyes up, everything will slow down a bit and it won't seem that bad. Soon enough you'll feel like a hero for taming the beast and the adoring fans (probably only your mother) will be very impressed. 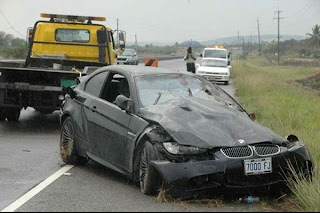 3. Know your limits. Unless you are Mario Andretti, you probably aren't going to take a car to its limit first time out. If you have any hesitation about your abilities to control a new car (and let's be honest, you probably have good cause), listen to your instincts. Hold back, find out if you were right to worry, then explore the limits of the car.
4. Ride along. Try to get a feel for the car before you drive it. If you can convince the owner to take you out for a hot lap, all the better. Something as simple as getting used to the seats or sight lines can pay dividends when it gets down to go time. 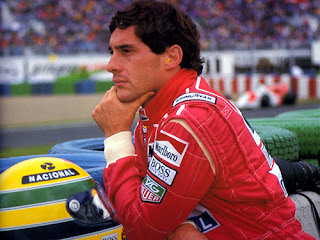 5. Channel this man. Ayrton Senna was a jack of all trades, master of all. Every time he stepped into a car, you could visibly see how close to, if not over, the limit he was. If you think, "What would Ayrton do?" you can't go wrong.
Posted by Mark at 9:39 AM