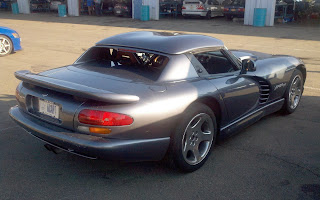 I read in the news that the 2012/2013 Viper will have a massive 8.7-liter V10 engine! This is refreshing news considering all auto manufacturers are reducing engine size like crazy these days. Even BMW is yanking its high-revving naturally-aspirated V8 out of the M3 in favor of a turbo six. The V10 in the M5 has been pared down to a twin-turbo V8. And Mercedes is replacing its 6.3-liter V8 engine with a 5.5-liter turbo 8.

The new Viper will undoubtedly be slicker, curvier, and somewhat more refined without losing its brazen character. Now that it's owned by Fiat, maybe it will even be like an Alfa 8C Competizione on steroids. But it is unlikely it will duplicate the wild feeling you get from driving the first RT/10 and GTS coupes (circa '96-'02).

I had the pleasure of instructing a student with a 2000 RT/10 in the advanced group at Watkins Glen this season. Best way to describe the feeling when going 150+ mph on the back straight is flying in a burning oven! Nothing says "Get out of my way!" as decisively as that fire-breathing beast. It's not the 450 hp and 500 lb-ft torque as much as the brawn, the stance, the exhaust burble and engine growl at WOT. This RT/10 was shod with 275/18 Hoosiers in front and 335/18 in rear and even with that tire patch, you had to use to throttle judiciously everywhere on the track to keep the slip angle within a reasonable range. Dodge only built 840 RT/10's in 2000 and they only offered the steel gray pictured here in that year. They also built only 731 GTS and 218 ACR's in 2000, which are all instant classics with prices guaranteed to go up over time.

In action at Watkins Glen 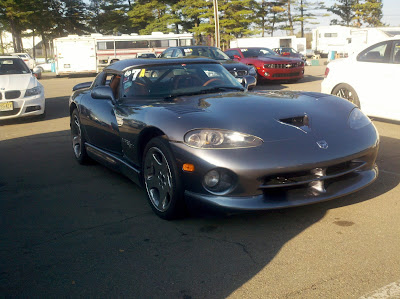 Ready to go out on the track. The new Camaro in the background makes even the Viper look small! 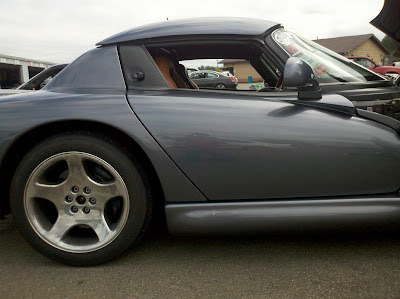 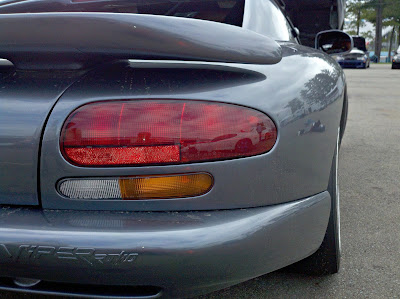 Nothing subtle about this spoiler and the Viper RT/10 lettering on the rear bumper. 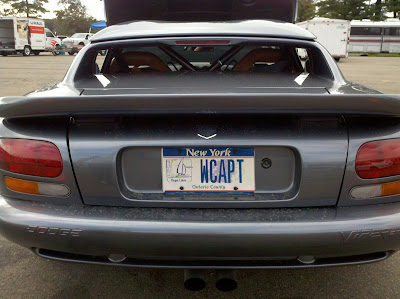 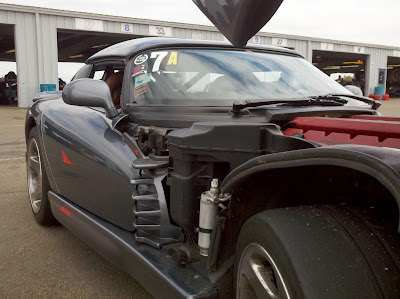 All motor and slicks! 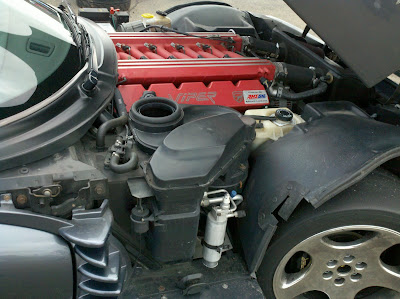 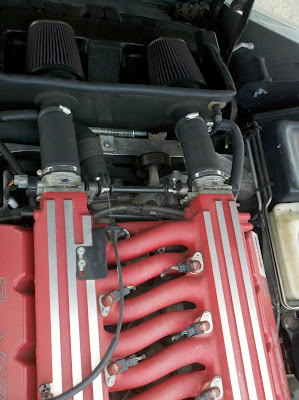 Twin intake for the monster engine. 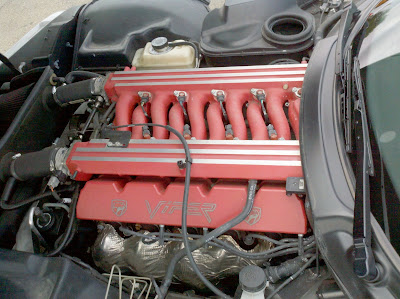 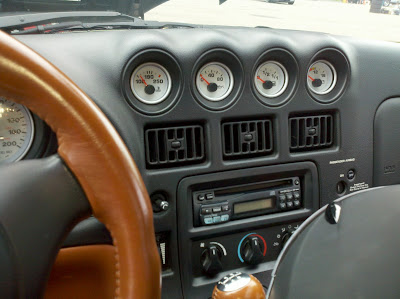 Interior is fairly luxurious for a raw sports car like the Viper! 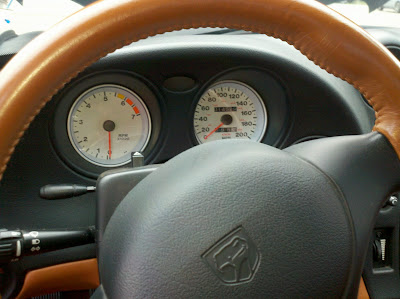 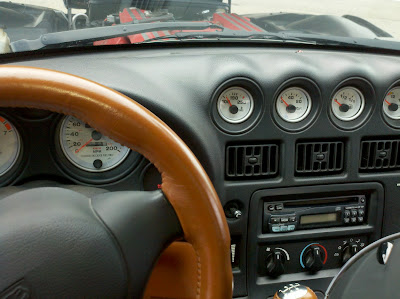 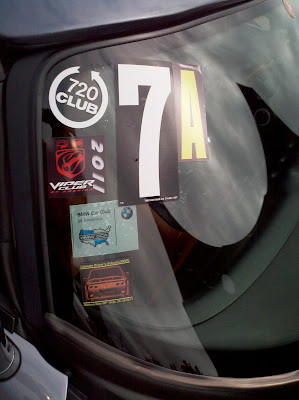