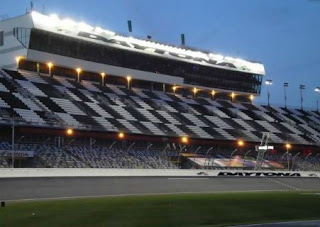 The 50-th anniversary Rolex 24 race is over. 24 hours of non-stop racing packs a year's worth of driving excitement and stories to share. Here's a partial list of the logistics that went into supporting Turner Motorsport's 2 cars, 8 drivers and a crew of 32 people over the 24-hour race: 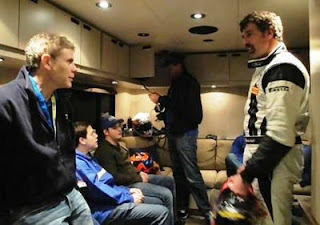 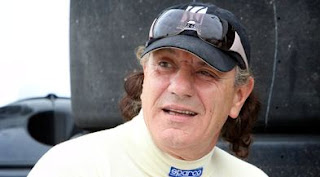 After 23 hours of racing, the top 3 DP (prototype) cars were separated by only 2 seconds. There was side-by-side contact and "mine is bigger" back-and-forth between eventual winner AJ Allmendinger and Allan McNish in their Ford Rileys at 180 mph on the front straight. A visibly angered McNish said "It was a fair fight up to that point" when interviewed after his stint. Scott Pruett's BMW Riley, which was running very close up to that point, lost most of its gears in the next few laps and AJ never gave up the lead even though his margin of victory was only 5 seconds over the next DP car. Ford Riley owned the podium today with Michael Shank Racing taking its first ever Rolex 24 victory.

GT podium, on the other hand, was owned by the Porsche GT3s. The fastest GT3 lap time was four-tenths faster than the Ferrari 458's best lap and and over a second faster than any other car's best lap time. The #94 Turner car hit the tire wall 3 hrs into the race and lost an engine. "I'm beyond disbelief," team owner Will Turner said shortly after the incident. The #93 car had a respectable race working through some technical issues and finished the race in P16. 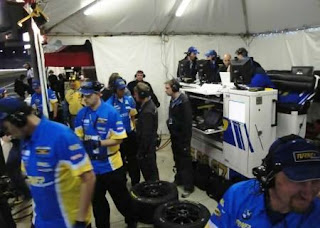 Turner provided a great live stream from 2 cameras right in their garage, allowing the thousands of fans who joined in to feel right in the middle of the action. Between the firsthand scoop from OneHotLap's writer on the ground at Daytona, Speed TV's live broadcast, Speed TV's live online stream with choice of 4 in-car cameras, live timing updates, Facebook, Twitter, and racing enthusiast forums, there has never been a better way to watch a race. If you can handle the information overload, that is.

I think I need 24 hours of sleep. Till next race!