Here's some inside scoop heard on Patrick Dempsey's # 71 Aston Martin radio today. Dempsey surprised the team with an unexpected pit-in after a tap in the rear and a spin. The quick driver change put Chris Porritt in the driver's seat with little warning. 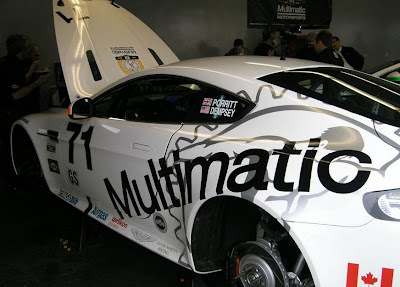 He goes out for practice laps and the team manager continuously tries to hail the new driver over the radio without success.

After the second lap under yellow, I hear a young British voice:

Team Manager responds: "Chris, can you hear me?".

Chris goes "Yes, apparently the radio went 'in the wrong hole', as she would say....", LMAO!

He then says something about his glasses not being on...  The Team Manager, with much concern asks:

To which Chris responds: "They're in a pocket but I can see surprisingly well!"

The Manager starts chuckling and goes "You're a funny guy, Chris."

For what it's worth, we could not find Turner Motorsport on the scanner today. They might have been distracted by the new pit crew: 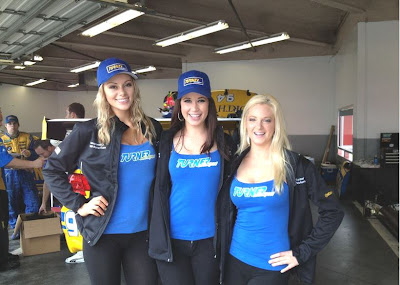 Makes me wonder how the team can get anything done. Imagine if your office co-workers looked like that. "Sorry, what you were saying about the new company initiative?"

And here's the coolest shot from last night's practice session with the ferris wheel in the background: 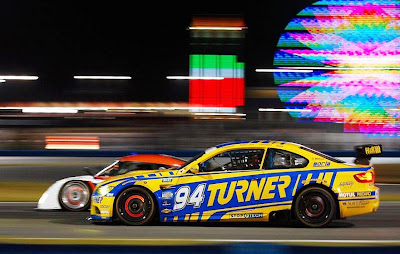 Shouldn't those rotors be melted by now!?