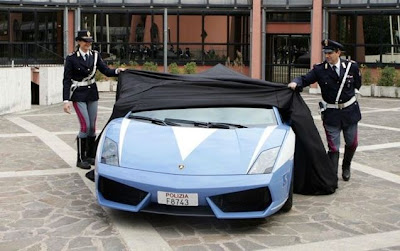 A super cool video of the supercar with top speed in excess of 200 mph
and 0-60 in 4 seconds is promptly revealed: 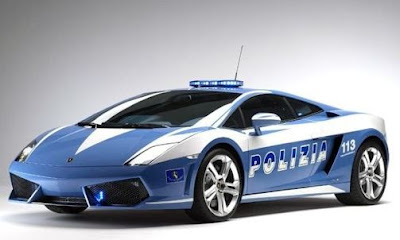 So pretty, in fact I'd be speeding up
to catch up with it so I can take a better glimpse!

The obligatory JLo shot.
(I think that translates to "Sophia Loren shot" in Italian) 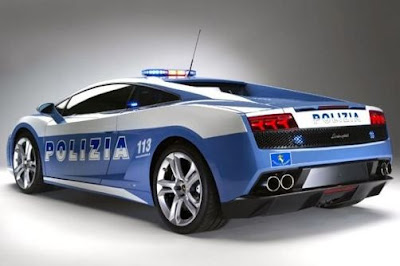 This is all hi-tech: the Polizia Lambo includes transmitters
to send images back to HQ, a defibrillator for accidents,
and a fridge for transporting donor organs.
A fridge! In a Lambo!!! 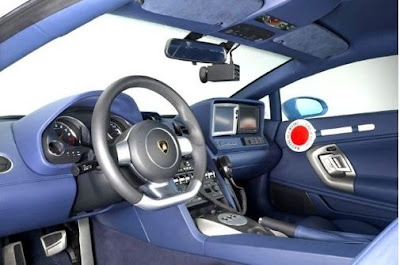 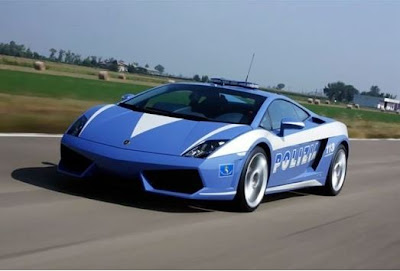 Smoking hot, baby! Even putting the tires to good use! 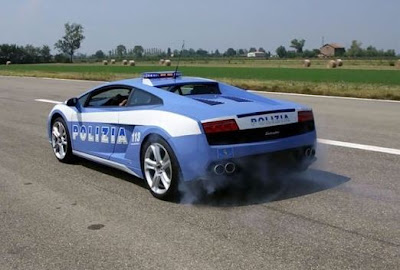 What a car!
Pity they couldn't find someone who could drive it... 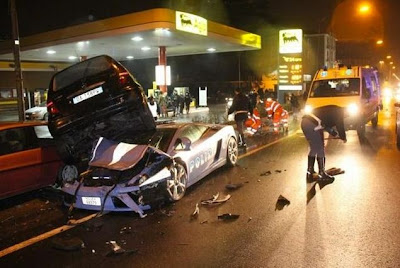 According to the police, the Gallardo crash was caused by the driver of a slow-moving Seat Ibiza who emerged without looking from a service station, clipping the Lamborghini and sending the vehicle swerving into the parked cars. Love it how they blamed it on the slow driver! 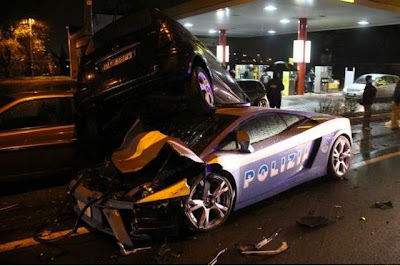 Apparently, the two officers were returning from a nearby convention, where they had been addressing a student audience on road safety. Oh the irony... 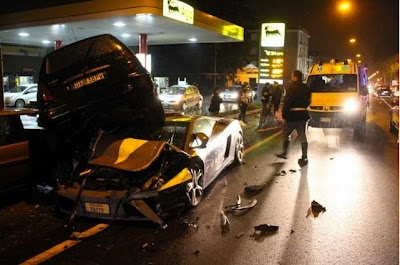 The driver and passenger only sustained minor injuries, which was very lucky considering how badly the front end was crushed in the accident. 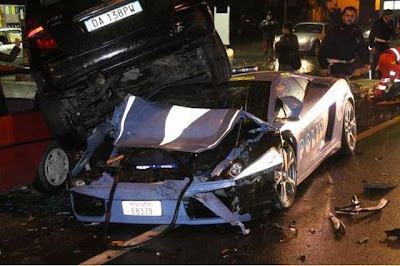 Mamma Mia!
Here are all the details. Imagine what they would do with the guy who crashes the one remaining Gallardo Polizia!!
Posted by CT at 5:35 PM