Reading this fantastic write-up on James Hunt has been the most entertaining 5 minutes of my week so far. He wore "sex,drugs and rock & roll" on his sleeve. He partied like (and with) Mick Jagger and Rod Stewart at the prime of their debauchery - and STILL ended up with the 1976 F1 Driver's World Championship. Truly a one-off! And yes, instead of wearing paying sponsor logos, he wore a "SEX - Breakfast of Champions" badge: 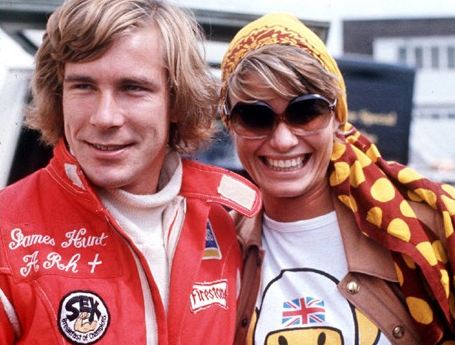 These days, the F1 scene has gotten so boring compared to the 70s, all the media has left to work with is picking on Schumacher for getting "free parking" at Monaco, or on a really good day - taking apart Kimi Raikkonen for partying in a gorilla costume on a boat for his birthday... 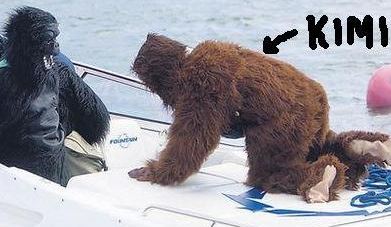 Now here's finally some F1 news worth looking forward to: James Hunt v Niki Lauda - the movie. I am excited that Ron Howard is the director of the movie: he was quoted as saying that they are "delving" into ways of recreating '70s racetracks, which were a lot more raw and unsafe than today's circuits. I, for one, can't wait to see how well they'll be able to duplicate those in the movie. What do you do - add a bunch of crew pit guys in their jeans and t-shirt lighting up a cigarette as their car enters the pits for refueling?
Posted by CT at 12:29 PM