I may have to revisit the running list of Top 10 Things to Bring to the Track after watching this video. 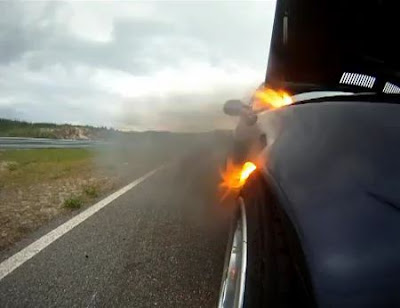 This is a horrible misfortune for the owner of the car and pretty tough to watch. You'd definitely want to mute the video too as you'd probably take the drill sound in the dentist chair over this type of heavy metal. Except maybe for the dramatic scene at 2:44 where the guy saves his camera first and then puts his hands over his head as he watches his car burn down! There's something too comical about the driver taking his t-shirt off to a chaotic scene and insane music like that to... put out the turbo fire in his BMW. The $20 extinguisher looks like a brilliant idea right about now!

Related posts:
How Not To Be a Doofus at Performance Driving Schools