Today we are following up on our announcement that OneHotLap is joining forces with Danny McKeever's FAST LANE to bring you Part I of the 2012 Long Beach pro/celebrity race lineup. Check out who's who, the analysis of everyone's race strengths and weaknesses, and OneHotLap's race predictions. 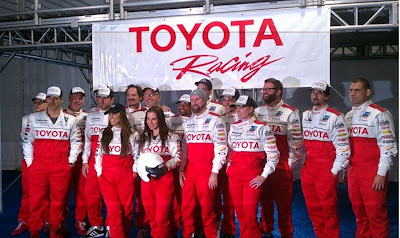 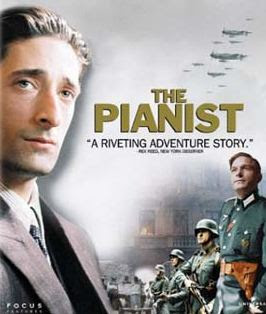 Adrien Brody, 38, 2003 Best Actor Oscar winner for his role in The Pianist directed by Roman Polanski. He's been compared to Robert De Niro and Al Pacino for his unconventional acting skills and unique looks. Other film credits include King Kong, The Village, Darjeeling Limited, and Summer of Sam. Most recently seen on screen in Woody Allen's Academy Award–winning Midnight in Paris.

Race strength
Toughness: To prepare for his title role in The Pianist, he learned to play Frédéric Chopin pieces on the piano and shed 30 pounds off his already-thin frame. For another movie, he put on 25 lbs of muscle weight. On another occasion, he even cut himself off from real life by giving up his car and apartment to try and relate better and connect with the hurt and despair of a character he was playing.

Race weakness
Past accidents: In 1992, Brody was seriously hurt in a motorcycle accident in which he flew over a car and crashed head-first into a crosswalk. He spent months recuperating. He has also broken his nose three times on various stunts.

OneHotLap's prediction: Sheds 50 lbs of weight to gain a weight advantage over the race competitors. Loses another 20 lbs during the 10-lap race. Earns podium and plays Chopin for the winner during the award ceremony. 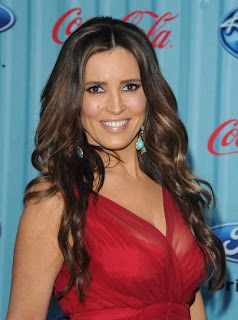 Race strength
Intimate knowledge of the weather forecast will be an advantage and she will have the best pit strategy for the race!

Race weakness
Canadians will suffer in the heat of Long Beach.

OneHotLap's prediction: Will do great in front of the camera, not so well in the race. Hair will look perfect even after 10 laps in a helmet. 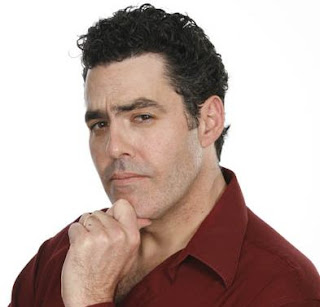 Adam Carolla, 47, Does not really need an introduction on OneHotLap but just in case you've spent the last 20 years in a cave: American radio personality, television host, and an all around funny man. Host of the acclaimed comedy podcast Adam Carolla Show, which set the record for the most downloaded podcast, as judged by Guinness World Records. Carolla co-hosted the syndicated radio call-in program "Loveline" from 1995 to 2005, as well as the show's television incarnation on MTV from 1996 to 2000. He was the co-host and co-creator of "The Man Show" (1999–2004) and currently a contestant on "The Celebrity Apprentice". We won't talk about the defunct "Car Show" now but you can find out what OneHotLap's contributors thought about it and other popular auto shows here.

Race weakness
Gentleman racer (wait, Carolla and gentleman in the same sentence? How did that happen??)

OneHotLap's prediction: Will drive Top Gear U.S.A. host Rutledge Wood into the wall to illustrate what he really thinks of his auto show! Kate del Castillo, 39, Mexico's most acclaimed actress, best known for her starring role in the long-running soap opera "La Reina del Sur." She was named by People en Español as "Best Actress of 2011" and one of its "50 most beautiful." Daughter of Eric del Castillo, a legend of the Mexican cinema's golden era and a former soap opera actor. Broke through in the U.S. as a result of her award-winning performance in the hit movie Under the Same Moon, which is to date the highest-grossing Spanish-language theatrical release in U.S. history. L'Oréal Paris signed del Castillo to an exclusive U.S. contract as a spokesperson for the company and its beauty brands. The California Ford dealers tapped her as its spokesperson to star in their television and radio ads. She was once married to Mexican national soccer player Luis García.

OneHotLap's prediction: Causes multiple crashes as drivers around her try to get a better glimpse when they pass her on track. 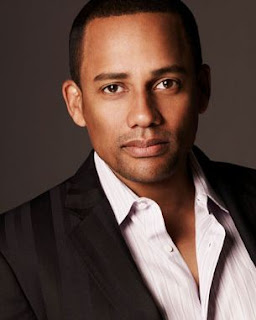 Harper won the NAACP Image Award for Outstanding Actor in a Drama Series for three consecutive years (2008–2010) for his portrayal of Dr. Sheldon Hawkes, a reclusive coroner who walked away from a promising surgical career after the traumatic loss of two patients, on the CBS drama television series "CSI: NY."

Race strength
Mental toughness: he's a thyroid cancer survivor. Also, he plays a coroner and can bury anyone in the race!

OneHotLap's prediction: Likely podium. Possibly a win if he paces himself well over the 10 laps. 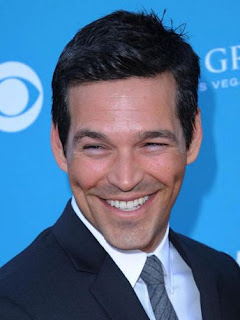 Race strength
Of Cuban descent. Will have the best cigars for the race.

Race weakness
Will be distracted by beautiful Kate del Castillo.

OneHotLap's prediction: Sleeper pick. Could surprise many with a great showing in the race.