Here is the final Part II of the 2012 Long Beach pro/celebrity race lineup. Check out who's who, the analysis of everyone's race strengths and weaknesses, and OneHotLap's race predictions. If you missed Part I, you can catch up with it here. 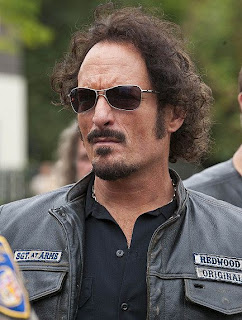 Kim Coates, 53, Film and TV actor best known for his intense performances in Sons of Anarchy, Resident Evil: Afterlife, and Black Hawk Down. He will be seen on the big screen in the upcoming movies "Goon" and "The Truth." He has worked on Broadway portraying Stanley Kowalski in A Streetcar Named Desire and in the lead role of Macbeth performed at the Stratford Theatre.

OneHotLap's prediction: We are putting our money on Coates to win the Celebrity race. 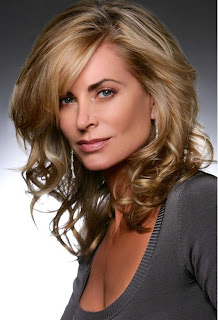 Eileen Davidson, 52, Soap opera actress best known for more than 20 years as Ashley Abbot on "The Young and the Restless" and "The Bold and the Beautiful." She also appeared in "Days of Our Lives" and "Santa Barbara" and has written a series of mystery novels.

1. Don't get into cars. If you do, whatever you do, don't take that seat belt off even for a second, since that is exactly when the car crashes.

2. If you do, don't get into arguments. The car crashes.

3. If you do, don't drive during storms. The car crashes.

7. Don't ever believe that anybody is dead after an accident, even if you saw the body.

Race weakness
Kate del Castillo. Her Mexican soap opera counterpart has only one goal in the race: to beat Eileen Davidson!

OneHotLap's prediction: Easiest prediction in this race: The car crashes. 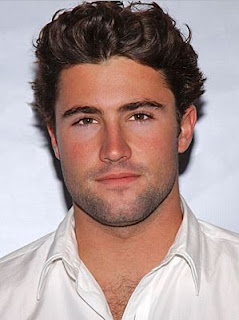 Brody Jenner, Reality-TV star. Central character in reality show "The Hills". Has had appearances in his stepsister Kim Kardashian's show.

Race strength
It runs in the family: His father Bruce is an Olympic-athlete who has driven in the Toyota Pro/Celebrity Race five times, winning twice.

Race weakness
Will be easily distracted by the pit girls.

OneHotLap's prediction: Crashes on the first lap and leaves the track with a new Playboy model. 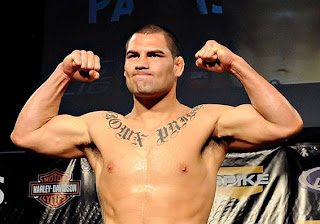 Race strength
Intimidation: As a high school senior, he served as Captain of both his wrestling and football teams. He has lost only one fight in his entire professional career! Note to all drivers: if you have the guts to pass Velasquez, make sure to leave him lots of room on the track.

Race weakness
At 250 lbs and shoulders the width of a semi-trailer, Velasquez will find the Scion a bit too small for comfort.

OneHotLap's prediction: Velasquez will turn out to be the nicest guy on track. And we all know where nice guys finish. 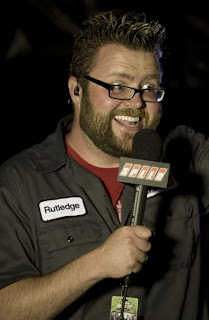 Rutledge Wood, 317 (sorry, we meant 31), Host of "Top Gear USA". From Birmingham, Alabama. Has owned over 40 cars and trucks ranging from a Volkswagen Rabbit pickup truck to Hondas and Chevys. Most obscure car he's ever owned: a 1975 Bricklin SV-1.

Race strength
Has been around cars from an early age.

OneHotLap's prediction: Driven into the cement wall by Adam Carolla screaming at the top of his lungs "You were in the wrong gear, Top Gear!"

Rounding out the field are charity auction winners Doug Fregin, co-founder and former vice president of operations for Research in Motion (RIM), and nightclub owner Jerry Westlund. The final seat on the track, reserved each year for a Southern California Toyota dealer, is being filled by Biff Gordon, general manager of Quality Toyota, in Corona, Calif.