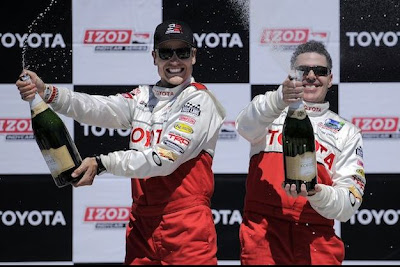 Congratulations to pro champion Frederic Aasbo for winning of the 2012 Long Beach Pro Race! The pros start the race 24 seconds after the celebs and they have to close a 2.4-second deficit per lap to catch up with the celebs over the 10-lap race. As usual, it's good to be a celebrity! 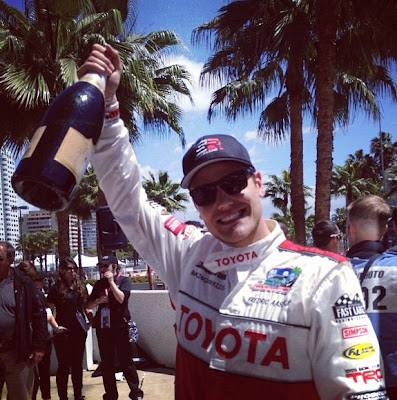 Tight battle for the lead on lap 5 of the race, which is the halfway point: Adam Carolla, Kim Coates, and Rutledge Wood: 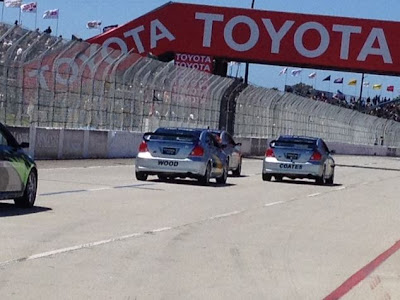 Carolla made a daring maneuver when he passed the pole position starter, actor Kim Coates, as the two sped around a corner in the fourth lap. Carolla maintained his lead throughout the remainder of the race, despite a late surge by Hill Harper and a thrilling battle for first place in a tight field of drivers. Carolla finished less than one second ahead of the "CSI: NY" actor. From his race start in the fourth row, Harper's second-place finish was particularly impressive. In the pro category, Aasbo fought his way to a fourth-place finish overall, closing the 24-second delay of the professional drivers to end up just six seconds behind Carolla. OneHotLap's favorite Coates crashed in the hairpin on lap 7 leaving Adam Carolla and Hill Harper to fight for the lead! 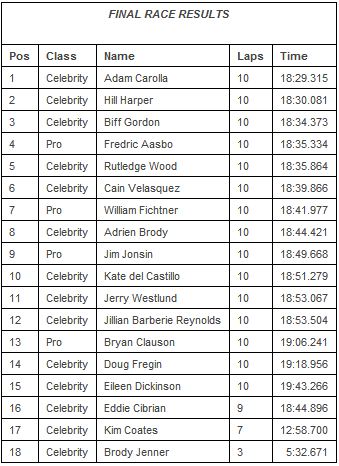 "In my past races, I finished third and ninth, so I expected to finish somewhere between 15th and 18th this time," Carolla joked after the race. "But it's a really amazing feeling to win. And I'm also thrilled to benefit the kids at the children's hospitals—and also the parents, who are by their kids' side around the clock. This win is for the parents!"
Best lap time of 1:47:107 in the race went to pro driver Aasbo: 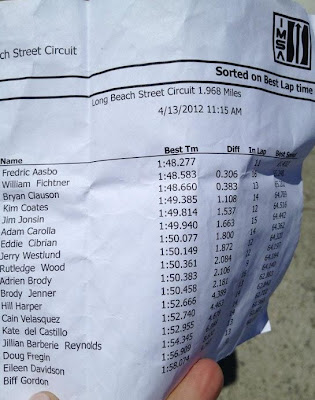 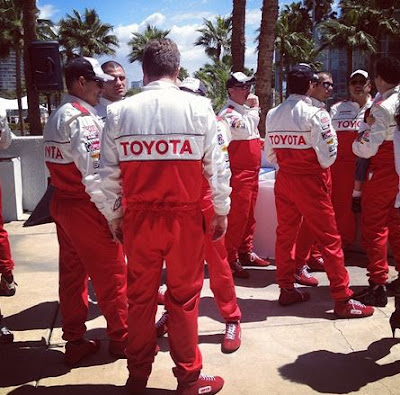 Celebs after the race: plans for a huge comeback
next year are already in motion.
*Driver Quotes and fun info:
Jillian Barberie Reynolds: “OMG, I finished!”

Adam Corolla tweeted "went to the children's hospital today to cheer up moms of 7 year old's who had no idea who I was."
Although Brody Jenner was taken out of the race on lap 3, he kept a good attitude by giving the field a thumbs up as they passed his car (which stayed parked between T9 and T10 for the entire race!)
Kim Coates said "This race is truly special!" He was ecstatic to win money for oneheartsource.org (in Africa) by qualifying on the pole. "I'm so happy to win this donation for One Heart Source (in Africa). That $15,000 is going to be put to such good use in an organization my daughter is active with; I couldn’t be more thrilled!"
Hill Harper said “I thought we had one more lap, I would have pressured Adam and been a bit more aggressive”
Well-known FAST LANE instructor Jim Bishop:  “Considering Harper Hill’s first weekend of training, I’m so impressed at how he did in the race. He was really putting pressure on Adam and who knows what would have happened with a couple of more laps  --  definitely gets the "hard charger award” in my book.”  To back up his point, Hill Harper turned the fastest 'celeb' time of the race.
Danny McKeever : "This year’s group of TGPLB Pro/Celebrity competitors were unique in that they continued to support one another and give each other confidence. Adam Carolla ran a solid race and deserved his win!  My heartfelt congratulations goes out to all competitors for reaching their individual goals." 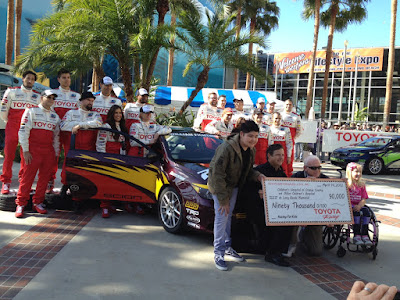 Raceday picture for a good cause!