A Lotus Gone Wild: How an A/C Leak Turned into a 400-WHP Monster - Part II

Here is Part II of the amazing 400-WHP, 2,000 LB Lotus Exige S built by a regular guy without any tuning experience, all done in a small garage, without a lift, and in his spare time. Part I of the series covered the background of the project and why the Toyota 2zz engine was not the best choice. Part II focuses on the research that went into the motor and why the Honda K-motor seemed like an intriguing choice. Again, Chris is continuing the write-up in his own words -- 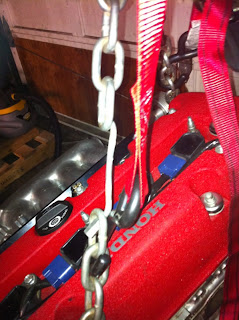 Further research lead me to some inane videos of Euro S1 Lotus Elise/Exige’s getting Honda K-series engine conversions in place of their stock Rover engines. The videos were showing the ridiculous acceleration of these cars and overall mind-blowing performance, but why were they using a Honda K-Series Engine?? As it turns out, this engine is capable of putting down massive reliable power out of a stock long block. It has huge aftermarket support, including some impressive tranny upgrade options! This really got my attention. The problem with this idea was a lack of known conversion kits available for the S2 Federal Elise/Exige. A few people have done it, but the first kit supplier was nowhere to be found. So this idea dried up for a while until I contacted Innovative Mounts for some information on their upgraded 2zz engine mounts. During our conversation, they asked me about my overall goals for the car. After reviewing my goals, they simply asked:

“Why don’t you just do a K-swap instead?” 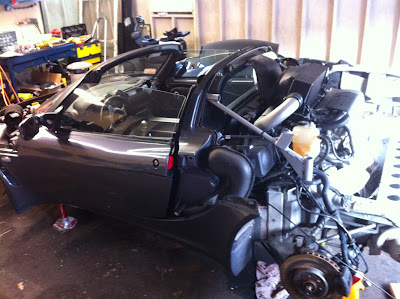 Stock 2zz w/ MP62 still installed.
The asphalt floor was so uneven, every time I dropped
a bolt it would roll under the car immediately! 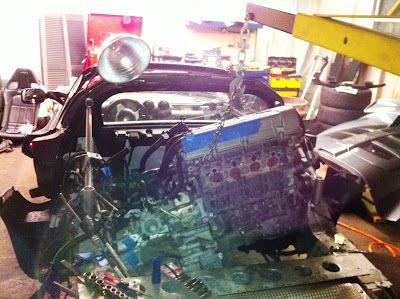 The Toyota 2zz motor is coming out. There's no turning back now!!

It turns out, Innovative had just completed a full conversion kit for the S2 federal Elise/Exige and now they sell most of the mechanical parts needed for the swap. The kit includes custom motor mounts, axle shafts, shift linkage, complete DBW to throttle cable conversion, clutch line, universal wiring harness, and even an A/C bracket! They offer a few other parts but these were the main ones that thankfully I would not have to fabricate myself.  Of course, this isn’t everything you need for the motor to work; there is also the engine wiring, dash controls, ECU, fuel system, exhaust system, intake, coolant lines, engine cooling, catch cans, etc… 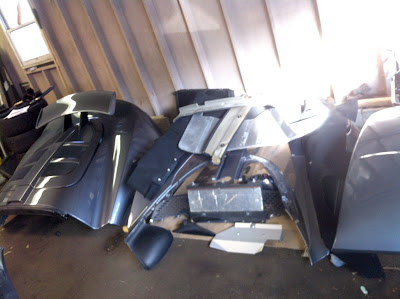 The Fiberglass clam shells were excellent ...
... at taking up all the space in my work area.

Filling in the Gaps 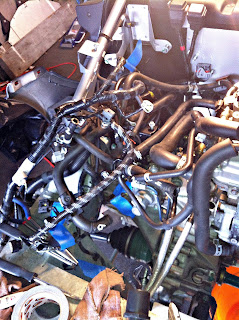 Since I discovered that the mechanical portion of the swap was available for purchase through Innovative Mounts, I decided to dig a little deeper and see if I could fill in the rest of the gaps to actually pull off this swap. My number one concern on this project was getting it done in time to actually enjoy the car. It was already mid-January, so that left me with 2-3 months to finish the project before missing out on some spring wheel. Most projects like this seem to drag on forever because of bad planning. No way in hell was I willing to risk my driving season. So I wanted to make sure I could procure most of the items needed to do the swap with minimal custom fabrication. In order to pull this off, I needed to plan everything ahead of time before even buying a swap kit or a motor. To get there, I created a project plan, in which I identified as many potential problems as I could, as well as some items with a long lead time to procure. One by one, I focused on ways to solve these issues before starting the project (this is just like any day in the office for me). Developing a plan is important, but what’s more important is that you understand the consequences of changing it. If you change one thing, you end up having to change 3 more! All along, I thought I might have lost my sanity... and my wallet in the maze up here!

There's More Than One Way to Skin a Cat
There are many different options to choose from when building a performance Honda engine. For instance, I found some builds with guys making over 300 whp on a normally aspirated 2.4L short block matched with a K20A2 head (2.0L Acura RSX-S motor). Some people supercharged the K20A2 with an MP62, which gets them up to about 300-350 WHP. Then I found some crazy turbo builds making 700+ WHP. That sounds like fun but the drawback was excessive turbo lag and a turbo car's non-linear power could be dangerous when the boost hits on a road course or even on the street, especially for someone new to track events like me. I decided to use the K20A2 out of the 02-04 RSX-S, as it would be the easiest to swap in and it is also the highest-revving. I could have used a K24 motor, which would have given me more torque, but I would have lost the high revs you get with the K20A2 stock motor. I figured a goal of 400-450 WHP on pump gas would make it a road worth traveling. 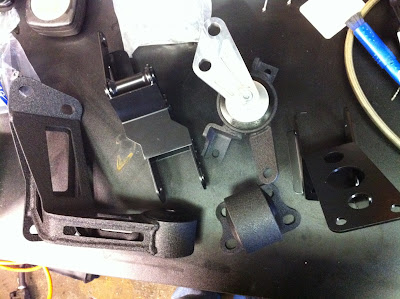 But how do I get to that power without having to deal with turbo lag? Then I discovered the Rotrex supercharger. These compact centrifugal superchargers were making crazy horsepower and no lag! They even have their own oiling system that adds some more complexity to the install but well worth the trouble! Utilizing a bigger C38 charger, I could easily hit 400 WHP with mild boost and conservative tuning. Even with the linear power from a supercharger, traction could be an issue at this power-to-weight ratio. Would I then have to cut into the fiberglass clamshells to expand the panels for bigger tires? I knew that at least a new limited slip differential was in my future.

As we move further through this series, you can see my plan coming together, accompanied by chronologically relevant pictures, and finally all the details from the build. Also, I had not planned on doing this long write up, so most of the work-in-process pictures are taken with my phone camera and in a dark garage. 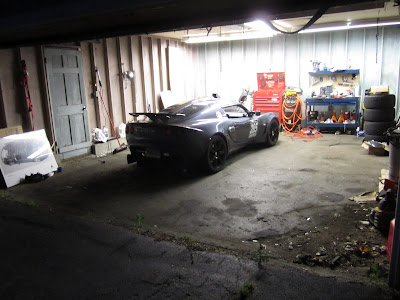 This is where it's all happening.
Crumbling garage floor... sprinkled with magic.