How Many Open Top Cars Can You Safely Fit on a Crowded Track?

This is an incredible video from the 2012 NARRC Runoffs (North Atlantic Road Racing Championships - a Northeast SCCA series) at Lime Rock Park.


Two SRF (Spec Racer Ford) cars went spinning right before the turn to the No-Name straight. The driver of the Miata in the video slowed down accordingly. But the driver of the blue #26 SRF who was following the Miata closely could not see the incident ahead and ran into the back of the Miata. Luckily, both drivers walked away.

Reportedly, the corner workers responded to both cars involved. The Porsche driver was extremely upset, unconcerned about his predicament but near tears thinking he'd injured or killed the SRF driver. The SRF driver was a bit shaken up, but had the presence of mind to ask about his missing GoPro that had been attached on the top of the roll hoop.
This is how the SRF driver's helmet looked like after the incident. Safe to say it saved his life! 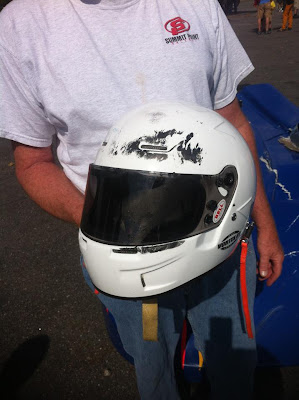 This looks like a freak racing incident. No one in particular was at fault but it probably could have been avoided if the driver of the SRF could see past the Miata's rear bumper.

When NARRC races are scheduled, they usually combine classes in the 8 races held for the day in order to be able get the entire multitude of entrants and classes on the track. More entrants means better chance of breaking even on renting LRP for the event, so the organizers try to accommodate everyone. You'll see 2/3/4/5 classes on the track during a race, depending on the size of the fields. A total of 211 entries were listed on the event's MotorsportReg.com page. There were Miatas and other cars out with the SRF class, including this very unfortunate STU Porsche 944. Many SRF drivers are now up in arms, understandably, about having bigger, heavier cars put in their race groups.

Valley Vision Photographs did a fantastic job capturing the incident in pictures. Here is how it developed: 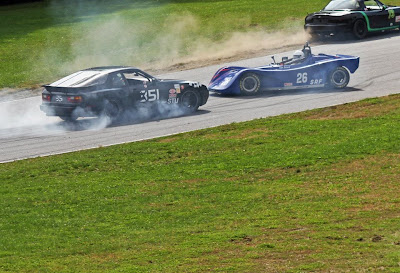 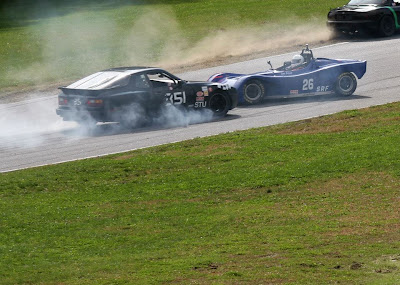 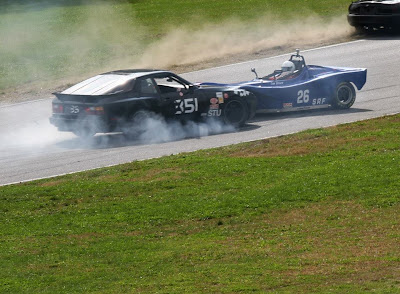 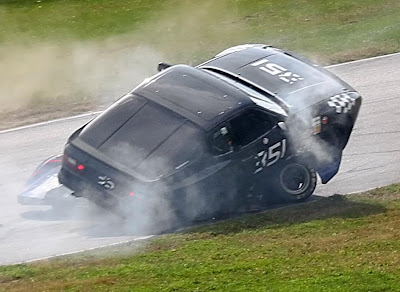 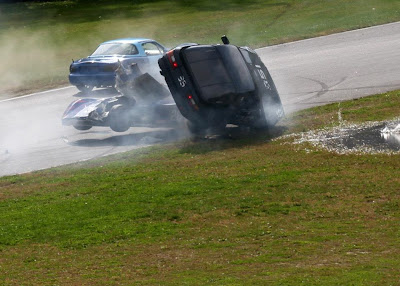 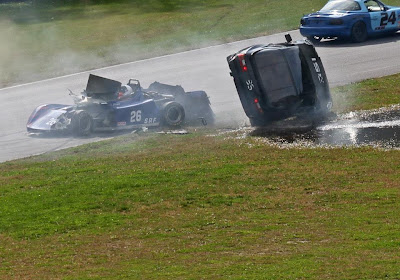 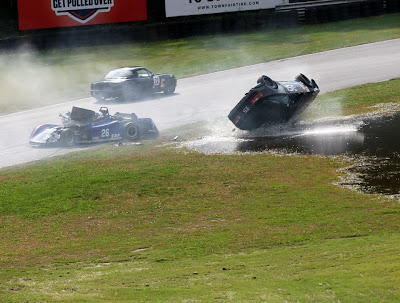 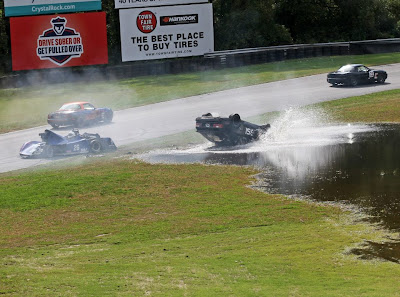 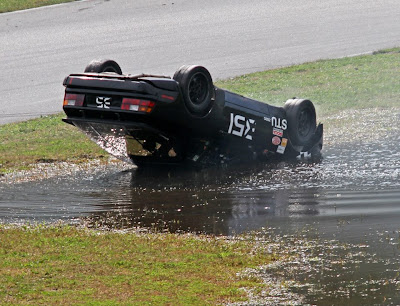 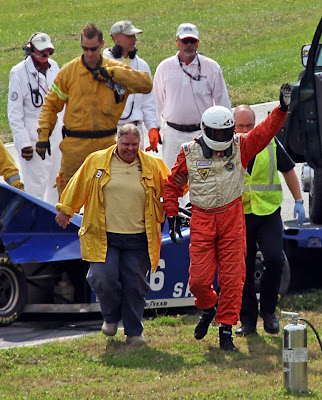 Hopefully NARRC will find a good solution for everyone involved in future races.

Up to 10% off exclusively through OneHotLap.
Details

Related posts:
How Many Open Top Cars Can You Safely Fit on A Crowded Track?