Only 6 hours of racing remain in the 2013 Rolex 24. Amazingly, there are still 5 cars on the lead lap in the DP class and 6 cars in GT. Just as exciting, BMW, Corvette DP, and Ford are in a close battle for the top in DP, and Ferrari, Porsche, and Audi R8 are fighting really close in GT. The BMW-powered DP cars seem to have the straight line speed advantage. Michael Shank Racing, which won DP last year, was 7 laps down and has fought its way back up to just a lap behind the leader. They are driving with vengeance right now and treating every lap as if it were the final lap. 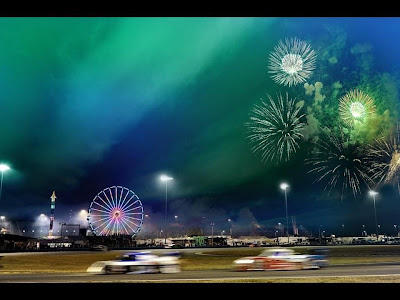 Fortunately, there have been no big shunts throughout the past 18 hours, however the race has had 12 full course cautions, with one of them related to fog taking nearly two hours! 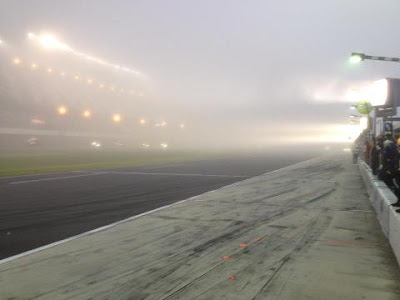 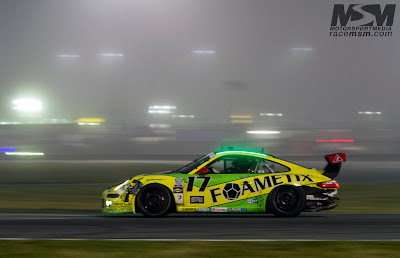 Lap times at night have been 1-2 seconds faster than the lap times during the day yesterday. Cooler for the engines, and the tires get less greasy at night. 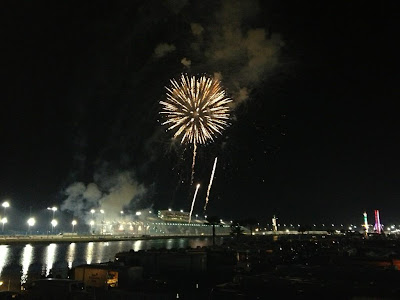 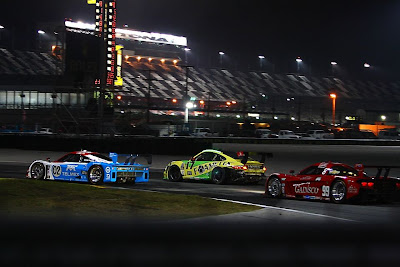 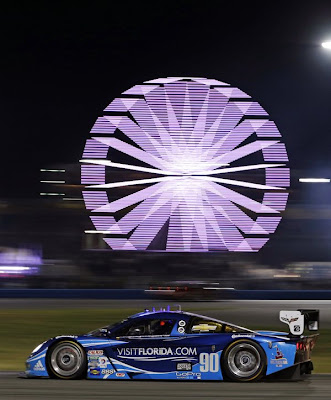 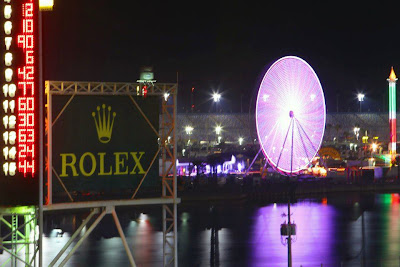 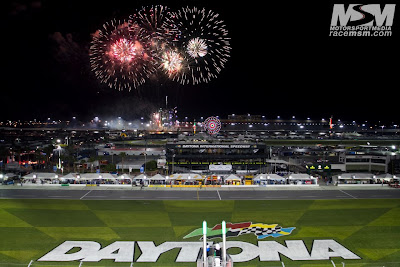 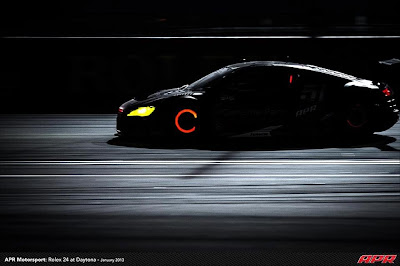 I'm betting on more wheel banging at 180 mph in the final two hours of racing like we saw last year! This is going to go down to the wire!