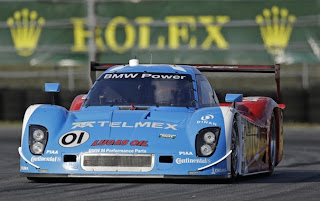 The 51-st Rolex 24 is in the history books. It was probably not the most exciting race but easily one of the most historic: this was the last race of an era. Next year, the field will look very different with the combined Grand Am-ALMS field (more thoughts on the merger here).

There were some fascinatingly close battles in both the DP and GT classes. The fight for DP was won about an hour before the end of the race. After another full course caution, there were still 5 DP cars on the lead lap at the restart with some of the most aggressive drivers in any series: AJ Allmendinger who banged wheels with Alan McNish at 180 mph at last year's Rolex, Joao Barbosa who's an extremely talented and aggressive driver, and Montoya of jet dryer fame who wouldn't give anyone an inch. Barbosa jumped the restart and AJ attacked him back shortly but got his head handed to him on a platter: Barbosa pushed him wide into the grass, AJ lost nearly a lap, and Barbosa got a stop-and-go penalty for avoidable contact, leaving Montoya with a 22-second lead over Max Angelelli in the No. 10 Corvette DP at the finish. Ganassi Racing's BMW-powered car had a distinct straight line advantage and also pulled off the fastest lap of the race at 1:41.327. Montoya did a double stint to finish the race for BMW/Riley and drove flawlessly and consistently - very impressive at the end of a tense 24-hour race with so much at stake!

Funniest thing about Ganassi Racing is that you could not congratulate them on SPEED's live feed, which blocked any words containing "ass", "butt", and a few more -- you get the idea. So you could say "hell" all you wanted but "Nice chassis, Ganassi!" would appear as "Nice ch***is, Gan***i!"

The battle in GT was really close as well with Audi, Porsche and Ferrari fighting for the lead and going 3-wide into the Bus Stop a few times. Audi ended up winning 1-2 with the #24 AJR Audi R8 driven by Dion von Moltke, Filipe Albuquerque, Oliver Jarvis and Edoardo Mortara crossing the finish line first among all GT cars. The Audis were running 1-2-3 but their third R8 ran out of gas on the last lap! The 1-2 is a truly remarkable feat for Audi as a brand and the whole Audi Sport racing program. Audi has a fantastic track record of winning at LeMans and any other racing series they put their resources into. When I saw Audi's North American head on SPEED saying that they were serious about winning in motorsports at the beginning of the race, I had a feeling Audi was going to be a top contender at the Rolex. They have very aggressive targets for their North America sales and they really see motorsports as having a halo effect on their brand image. They stole one from the BMW rule book here!

Maybe Mazda could learn from Audi, as their race was a total disaster. They discontinued the RX-8 last year and have not come up with a suitable replacement for it yet. Their new SkyActiv diesel-powered cars dropped out of the race early, prompting OneHotLap fan Eric S. to describe the SkyActiv as "You look to the sky and you scream "WHY YOU NO LONGER ACTIV?!?!?!?!" Mazda fans are living a nightmare except for a few RX-8 owners waving a finger in vengeance yelling "I told ya so!"

It's worth mentioning that in DP, Scott Pruett tied Hurley Haywood's record with his fifth overall victory at this year's Rolex.

The Race as It Happened

The logistics for running a Rolex 24 team are mind-boggling. Consider these numbers for the Turner Motorsport team:

Turner Motorsport again provided a great live stream from 2 cameras right in their garage, allowing the thousands of fans who joined in to feel right in the middle of the action. They did a fantastic job making the experience very interactive with Will Turner and some of the key drivers and crew members taking time to answer all questions from fans. The Turner team had poor luck with both cars this year and things didn't go their way but the silver lining was that their race pace during the night stints was very close to the top two cars in GT.

The abundance of race sources really enhances the fan experience these days: between SPEED's live broadcast, their live online stream with choice of 4 onboard cameras, live timing updates, Turner Motorsport's stream, Facebook, Twitter, and racing enthusiast forums, you always feel right in the middle of the action.

Signing off -- it's time to finally catch up on sleep! 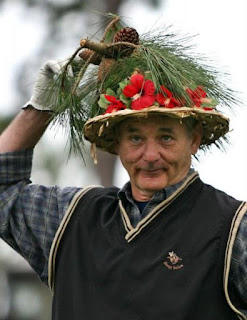 Great news - Automobile magazine's president and editor-in-chief Jean Jennings re-tweeted our Rolex 24 Wrap Up! If you like OneHotLap.com and our Facebook page, follow us on Twitter too!  And check out Jean's new endeavor JeanKnowsCars.com - it's worth a look just to get a different perspective. To show her our gratitude for spreading the word about OneHotLap, we will wear this hat for our next track video!

João Barbosa, driver of the #9 Action Express Racing Corvette DP, enjoyed our write-up as well and tweeted "Just to clarify... Penalty was from avoidable contact!! Still makes me mad... And laugh with... With such a ridiculous call !!"

He also tweeted "@OneHotLap thanks!!! No one had anything for the Ganassi/BMW guys anyway... Terrible call"

Now that's a passionate driver to root for! He is one of the most exciting Grand Am drivers in the entire field, always capable of pulling off ridiculously good passes!