This Is Why You Need to Invest in the Driver

So you've got a few track days under your belt and you've moved up a group or two. Or maybe you have a ton of track days and you are stuck in a rut. I see this all the time. Many people who take up performance driving as a hobby and do it for a few years end up in that category. And they often plan their new driving season in terms of improving the car, not their driving skill. There are very few who actually take the time to think What do I need to do to improve the driver? 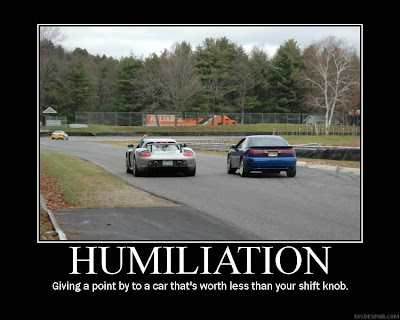 So often every new season, you see familiar people come back to the track with a few new modifications in their car. These days, it's easy to get a car with 400 or even 500 HP and modify it for more. And herein lies the fundamental problem: Drivers too often look for improvements in their performance by focusing on their cars and not on themselves. They overlook the fact that the quality of a car’s performance is, at the most basic level, a direct consequence of the quality of a driver’s input. We admire talented drivers who can whip average cars fast around a track. And yes, many secretly snicker at relatively experienced drivers with very capable cars driven to a fraction of their potential.

A car can only operate at its limits when the driver has the knowledge and skill to reach and exploit those limits. Improving the driver is your best investment and it stays with you in every car. Think about it -- that $3,000 exhaust that you are getting for you car this year could get you 15 track days. Which of the two do you feel will make you a better driver?
Posted by CT at 12:15 PM