For those of us with not so many years tallied up, the Z/28 Camaro was remembered mainly for being... a bit awful. The 3rd gen and the 4th gen never really were cars that got our hearts to quicken. Nor would we ever likely see one on a track day. Instead they were usually pigeonholed to being owned by guys named Bud who enjoyed only doing burnouts, drinking cheap beer, and hating any other car that didn't come from General Motors. Lets face it. The Z/28 nameplate had been on some good, but was mostly on some not-so-good Camaros over the years. With this being the first refresh of the resurrected pony car, GM has all but removed the old, pudgy, and bloated stigma that sat with previous versions. The introduction of the 2014 Chevrolet Camaro Z/28 means GM has finally answered the track-day call, and re-introduced a nameplate to honor its Trans-Am ancestors. 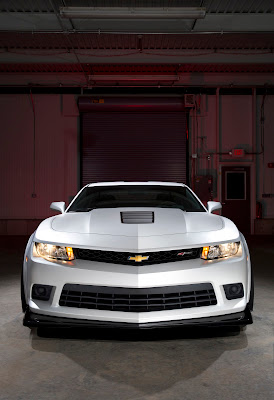 GM no longer thinks that power is the answer to speed. For us folks interested in the twists and turns in life, the excitement generated by GM's press release for the Z/28 rivals getting new car parts in the mail. The word "track" is mentioned no less than twenty-five times, and not one word is mentioned about comfort, convenience, or even practicality. They've gone obsessive, they've gone mad, and they've come up with a car that will dominate just about anything on a road course. 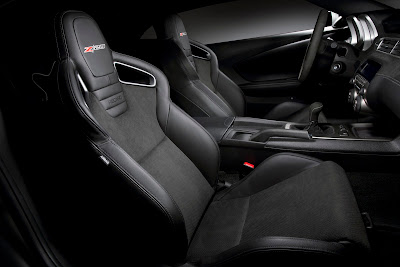 Taking lessons learned from the ZL1, GM's performance team looked to bring back the excellence that made the Z/28 so popular back in the day. The original Z/28 was made to go racing in SCCA's Trans-Am series, and came in right at the heyday of the pony car wars. Unlike the SS cars in Chevy lineup, which generally were geared toward cramming ridiculously large engines into any given car they chose, the Z had a smaller 302 to keep the front end a bit lighter and improve handling. The Trans-Am series helped the Camaro Z/28 become a household name with the blue Penske-owned (and Donohue driven) #6 Sunoco Camaro rising to the top. 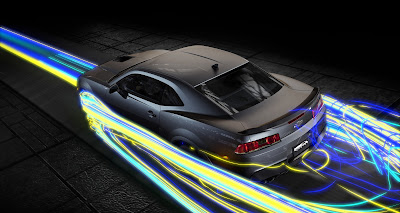 Well, in this Z28 edition, they don't get a 302. They went straight for the 427. The aluminum-block LS7 is not the most powerful unit available in the Camaro but it is one of the lightest for the power it makes. The ~500 hp 7.0 litre unit has everything you want in a racing engine: 7k RPM redline, 10.5 quart capacity dry-sump oiling system, ported aluminum cylinder heads and other bits that prove their use in the brutal environment of the race track. How it puts that power to the rear wheels is where the news gets even better. In complete contrast to others going exclusive to paddle shifters, the Camaro stays delightfully old-school with a 6 speed Tremec TR6060 transmission as the only option available. A helical limited-slip diff controls the power, which is great, but the true obsession with on track performance begins to show with a few other details. Remember the previously mentioned dry sump? That has a liquid-to-liquid cooler in it. The driveline also has its own liquid-to-liquid cooler. Are these things you need on a track day? Well not totally. Such is the commitment of the GM performance team to keeping a car able to circulate, they put them in the car anyway. 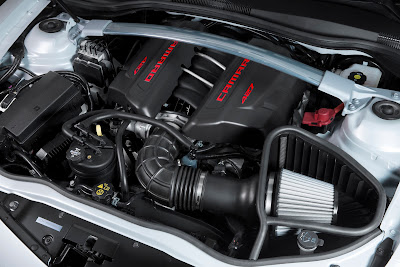 So, we know it can stay on track all day without breaking a sweat, but is it really that good in that environment? Well, GM has announced that it is already faster than the ZL1, which in itself is quite a statement. Cooling of liquid doesn't cause a car to go faster, so let's take a look at where the Z/28 picks up those extra seconds per lap. 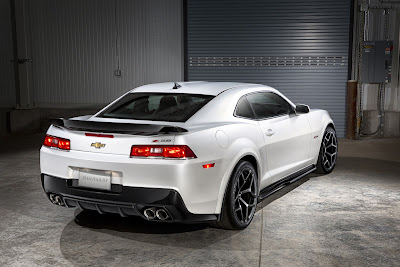 Going around a corner is a fairly important part of track days, and recent memory serves that Camaros aren't generally known to do that well. In fact, on anything other than perfectly straight lines, they were pretty much a fish out of water (appropriate, given the 4th gen bears a resemblance to a catfish). So for the Z/28 to be faster than it's higher HP ZL1 stablemate, the negotiation of a bend now becomes paramount. GM touts the 5th gen chassis as now able to produce 1.05 G of cornering force. Four-way adjust spool-valve dampers (nearly a first for production cars) are on all four corners, along with stiffer springs (of course) and stiffer bushings as well.

The SS and ZL1 use a 20 inch wheel setup, which for a track car is somewhat large and heavy. Z/28 goes down to 19's, and this saves a fairly substantial 42 lbs. It also has absolutely MASSIVE rubber on all four corners. 305/30-19 Pirelli PZero Trofeo R tires connect the car to the ground, making sure all of that trick suspension is put to very good use. From my understanding, as well as GM's claim, the size of 305 for a section width is indeed the widest front tire ever used on a production passenger car. Take that, Dodge, with your "world's largest contact patch" claim. 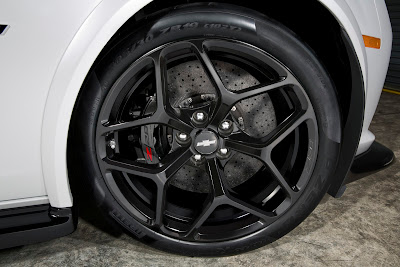 And then there's the restyle. Gone is the admittedly odd look of the pre-facelift Camaro and it now sports a new sleek look. It finally looks like it wasn't designed by 4 different people. Yes, some people are already comparing the back end to either the Prelude or Integra, but also remember that the very first Camaro had a similar tail light design. Needless to say, design isn't entirely important to those of us who want to take a car on track. Even so, the things that make this car look good, also do good things. As expected, the frontal area is now completely re-done, with a splitter, new grille and dedicated brake cooling ducts. Story at the back is very similar, with a new spoiler and an authentically functional diffuser. This all comes together to generate real downforce. 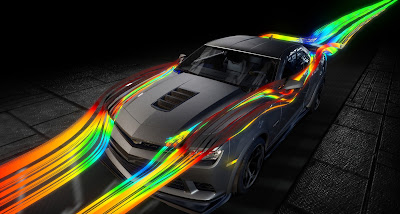 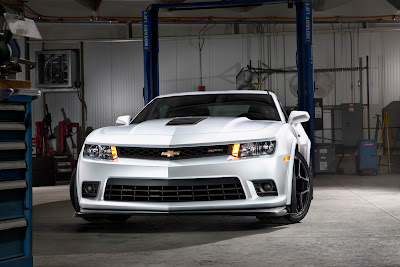 All together, this Z/28 is looking to be one of the best cars of the 2014 model year, but there's something more important happening here. Car manufacturers are finally taking notice that people are buying cars strictly to have fun with them. Ford has made the Boss 302. Dodge now has the Viper TA as another example. These are cars made almost exclusively for track days. The Viper is a bit out of the Camaro's league though. What would be really neat is if Dodge takes the Challenger in its re-design and brings back the T/A initials that were just tacked on to the SRT10. So just imagine that: Camaro Z/28, Challenger T/A, Boss 302. Trans-Am reunion anyone? Here's waiting on you, Dodge. 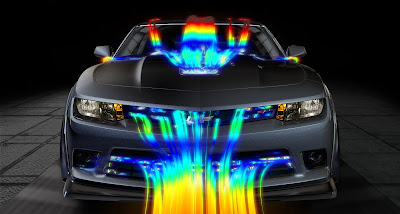 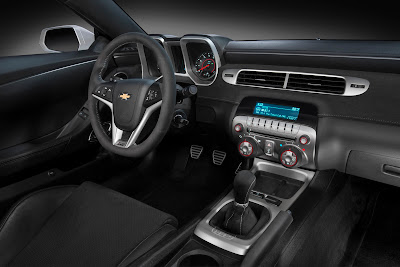 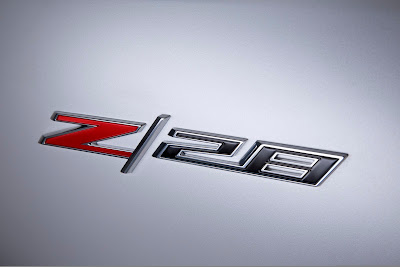 Contributed by Patrick Morgan
Patrick Morgan is a Chief Driving Instructor for the Chicago Region SCCA. See more of his writing at www.onetrakmind.wordpress.com. He is a lifetime veteran of all things automobiles and is currently running #02 in SCCA's Spec Racer Ford class. Patrick can be reached for questions at trackoutmultimedia@gmail.com. Follow him on twitter @pmorganracing.
Posted by Unknown at 2:40 PM