Some Brits get all the fame. The Beatles. Jaguar. Margaret Thatcher... Sure, by pop-culture they're now remembered in ways that makes them untouchable legends. That's not to say that these examples always made the best music, or cars, or leaders. As we know, everything has flaws. Lesser knowns bands, leaders and car companies were just as good, and often better. But as fate would have it, the world didn't write a big section for them in the history books.

How can you blame them? The world in 1967 was at a bit of a crossroads. General public opinion of the war was also about to get ugly with the Tet Offensive, and this in turn pretty much changed popular culture. Music changed from big band to rock and roll, movies began to push the envelope, and even the auto industry was on its way to big changes...

Sunbeam can track its ancestry all the way back to 1899, well before it was part of the Rootes group of cars. From that date right up to Sunbeam's financial demise in 1964, pre and post war examples have earned significant places in automotive history but are somehow forgotten. On July 2nd, 1923 at the French Grand Prix, a British car won for the first time. That car was a Sunbeam. 1925 saw the year when a production car first had dual overhead camshafts. That car was a Sunbeam. March 29th, 1927 was the first day a car would reach a velocity over 200mph. That car was a Sunbeam.

Though it never set any records, the Alpine was one of the more popular Sunbeams. This one in particular belongs to my good friend Bill. Having owned a Series II Alpine in the late 60's, Bill had to separate with it in exchange for keeping a woman in his life (probably a familiar tale to many). 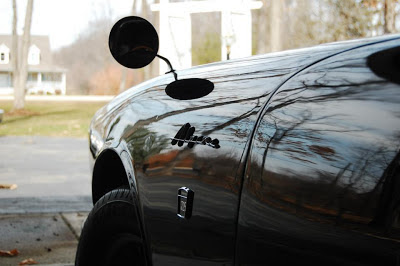 Removing it from storage in Lake Geneva, Wisconsin made for a perfect setting to learn more about the car and the owner. As it turns out, this example's history is fairly unknown until it was picked up by Bill in 2001. Though the body Kenneth Howes and Jeff Crompton designed 4 decades earlier had withstood the test of time and was still in good condition, the same could not be said about the rest of the car. The engine was a mess, the wiring was almost unrecognizable, and the brakes were non-existent.

Bill points to the brake master cylinder as he unhooks a battery charger. "I changed that to the Series II master cylinder because this car's original power brakes were known to be terrible. I also re-wired the entire car because the original wiring was just as bad. I changed some stuff around to keep it from acting British." At this point, choke was pulled, and after some turns, the engine stumbled unhappily into life on what seemed like two and a half cylinders. 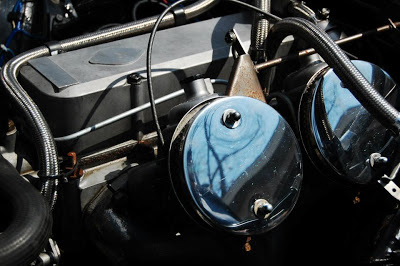 Touching back on the origins of the Alpine, we see they are actually quite humble. So humble in fact and the underpinnings sound so un-sexy, so unappealing, that it's surprising they even made their way into a sports car. Parts borrowed from the Commer Cob van (can't make that up) helped to make the Alpine, along with the Hillman Husky, which too wasn't much to look at. Despite this, in 1959 a fairly appealing, though slightly feminine roadster was born. 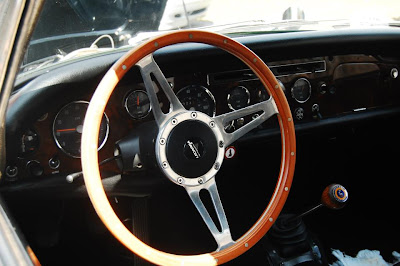 Now standing next to Bill, with the car still very unhappy, he explains to me some of the things he's done to it. "I wanted to make sure that I didnt take away any of the car's appeal, but I felt some things could use some work. I lightened the flywheel by nearly a third. That alone made the engine feel freed up. I also changed some things on the block: Cylinders are now bored out to 0.060, and I shaved 0.040 off the top of the block. But the best things I did were adding the stage-two camshaft and had everything balanced statically and dynamically." After acting grumpy for a bit, the engine managed to slightly sort itself out. It was time to see what it's like on the road. The low slung body lines and truly diminutive size means there's a tight squeeze ahead as I slip into the driver's seat. Snicking the long gear lever into 1st, I set off.

46 years is a long way in any industry, and this car is a perfect example of that. This is a time when seatbelts only went across your lap. Simply put, you can tell this car is from another era. Refinery wasn't really in the vocabulary of Sunbeam's upper management at the time either. Alpines were produced when Sunbeam was managed as an economy car, so corners were cut. Spindly levers inside the car don't feel like they could really take any abuse. Plus, since there's really no center console, it also feels a bit vacant. 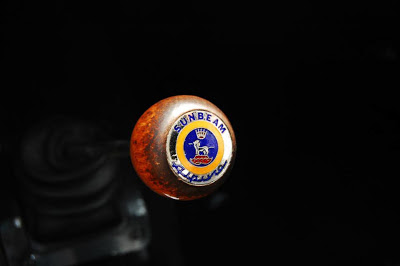 Moments happen though where all of the history, all of the mechanical parts, the moon, the sun, and all the planets align. There's a magic about the Alpine that can't really be put down on paper. The chassis is just excellent. Sunbeam's semi-elliptic leaf springs out back certainly jostle you around in the car, but it's in the corners where it shines. It does something that most modern cars lack. The car asks you to push harder every time you drive it.. you know, for fun. Think of your skinniest female friend pestering you into a wrestling match. That's pretty similar to the driving experience you get here. You'd initially think fragility would be a problem, but the harder you push you find out it's far tougher than you think, and an absolute riot too.

Engine wise, it's a total peach. It almost seems more comfortable at speed than cruising along or at idle. All of the work that Bill's done has made this engine come alive. Yes, it may say 1725 on the side but it's now slightly bigger than that. It has a lot more heart too. The tight, crisp and raspy tone of the exhaust encourages you to press the loud pedal through every wooded lane, watching the surroundings whizz by. Yet, all of this excitement comes at sane speeds. It moves along, but it is certainly not at all in supercar territory. This is the entire appeal of the car. You can really push it and get 100 percent out of it without risking an eight-hundred foot long debris trail if you manage to crash. Skinny tires mean everything happens with a bit of a slow-motion aura about it. Breakaway from the rear can happen, but when it does, feedback through the steering wheel is almost clairvoyant. 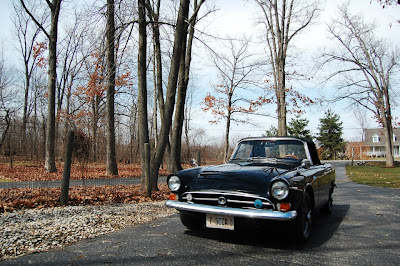 "Greater than the sum of its parts" is a motto that can perfectly apply here. Everything really does work together in great unison. A shame then that it wasn't meant to be for very long. '67 was one of the last years of the Alpine. Tiger, its bigger brother was just starting to get produced when the company went bust. Ultimately though, Chrysler's takeover of the Rootes group spelled doom for the Ford-engined Tiger. The outlook wasn't good for the Alpine either as Chrysler pulled the plug on Sunbeam all-together shortly after the buy-out. And so... it died. In fact, the entire story of the Sunbeam is indeed a sunset. But isn't that the most delightful part of the day anyhow? 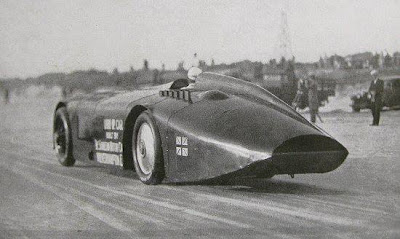 Contributed by Patrick Morgan
Patrick Morgan is a Chief Driving Instructor for the Chicago Region SCCA. See more of his writing at www.onetrakmind.wordpress.com. He is a lifetime veteran of all things automobiles and is currently running #02 in SCCA's Spec Racer Ford class. Patrick can be reached for questions at trackoutmultimedia@gmail.com. Follow him on twitter @pmorganracing.
Posted by Unknown at 8:38 PM