I am thrilled to share that world famous performance coach, race car driver, author, and speaker Ross Bentley has put together a series of instructor-focused articles exclusively for OneHotLap. Here is today's eye-opening Part VI in the series -- 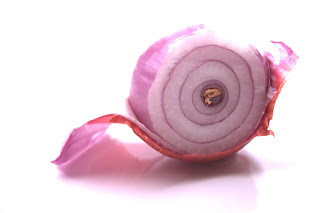 Not long ago, I was at a car club DE program; I was at the track to provide some informal tips and training for both the drivers and instructors. Right after lunch, an instructor approached me and asked if I'd ride with one of his students, as he could not get this driver to do what he wanted. According to the instructor, the student could "not hit a single apex - he is at least three feet from every single one." The instructor told me that he'd talked the guy around the track for four sessions, and never once could he get the student to clip an apex.

I put my helmet on, got into the passenger seat, asked the student to just drive as he had been; I told him that I'd simply observe for a lap or two. The instructor was right: the student missed every apex. But I noticed something....

As we approached Turn 1, I reminded the student to slowly release the brake pedal. As he got to the turn-in point, I said, "S-l-o-w-l-y release the brakes," and he did. And he hit the apex. He did the same at the next corner as well, and the one after that.

While driving with the other instructor (and on my first two laps of observing), the student had been releasing the brakes so quickly that he unloaded the front tires to the point where he couldn't get the car to turn enough to hit the apex. The student wanted to hit the apex, but he couldn't get the car to go there. In fact, he was so frustrated he almost wanted to quit. By focusing on fixing the core of the problem - the brake release - he hit every apex, immediately. And had a big smile on his face.

The moral of this story is not so much about the importance of smoothly releasing brake pedal pressure as you turn into a corner (although that's not a bad thing to take away from this article), but it's really about the importance of identifying the real cause of a problem, and then solving it. In this real-life example, telling the student to turn more to clip the apex of a corner did not help because that was not the core of the problem.

It's a bit like taking an aspirin for a headache. The pain reliever fixes the symptom, but not the cause of the headache. As an instructor, fix the cause, not the symptom.

It's also like an onion. When a student has a problem (such as missing apexes), peel back the layers of the onion, looking for the core of the problem. Ask yourself, “What’s the real problem?” Trying to fix the outside layer of the onion won't get you the result you, and your student, want. It may even lead to tears.

Related posts:
Part I - What It's All About
Part II - What Happens When You Ask Questions?
Part III - Integrate Classroom With On-track Instruction
Part IV - Watch What Your Body Says
Part V - Quit Lying
Posted by CT at 8:00 AM