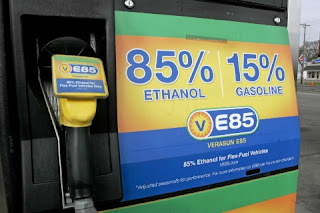 When the word 'motorsport' normally enters one's head, we tend to think of roaring engines, exciting action and impressive speed. What rarely is associated with the sport, however, is economy, CO2 emissions, and the reduction of a carbon footprint. Despite this, Argonne National Labs has been using motorsport as the perfect test-bed for new energy-efficient and energy-conscious solutions for our current oil dependence.

The initial Green Racing Protocols were published in 2008. This allowed for one centralized concept to be used by racing sanctioning bodies, auto manufacturers and others interested in the environment. Since then, several racing series, such as the European sanctioning body of FiA, have used this platform for racing. FiA's highest profile event, the 24 Hours of LeMans, has seen prolific use of the Green Racing Protocol, with E85-fueled Corvettes winning in their class, and Audi dominating in recent years with diesel and diesel-hybrid cars. Peugeot diesels and Toyota hybrids have also participated at this race.

Let's step back though. Before a car is even filled with fuel, an incredible environmental impact has already begun to happen. Common perception of the green house gas emissions problem exists only from the time you put fuel into your car until that burn fuel comes out of the tail pipe. The process of getting that fuel to your tank, though, is where Argonne National Labs has made a breakthrough. It's clear that automakers are looking to put something other than petroleum-based products through their engines, and one alternative that Argonne Labs has put to the test is cellulosic E85. This is a bit different from the corn-based E85 fuel you currently see on the market. The differences are mainly down to what the Ethanol is made of (the "E" in E85 of course stands for Ethanol). Current market E85 is made from corn, whereas cellulosic E85 uses other inedible plant byproduct. In the future when the processing technology advances, this would result in a much less expensive fuel.

Factoring in the rigors of motorsport for testing, an LS3 V8 from General Motors (essentially what you'd find under the hood of a Corvette), was put on an engine dyno for comparison and testing of two configurations: one with a carburetor and 100 octane racing fuel (standard 'tried and true' racing engine configuration), and another configuration using a cellulosic form of E85 Ethanol with catalytic converters. The results in initial testing showed a lot of promise, and warranted the use of an E85 prepared engine in a stock car race. The confidence to go racing with an engine fueled by E85 should tell you one thing: the power is there. In fact on dyno testing, power was higher over most of the rev-band. But how would that translate to a real-world environment? 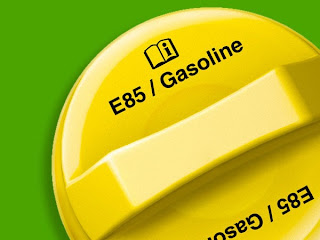 October 2010, right in Illinois' own back yard, the race car powered by the new engine ran at La Crosse Speedway for its first event. It placed a very respectable 14th out of 65 entries. But more importantly, this brought a cost-conscious and energy-conscious mindset to racing. See, over the course of the weekend, the equivalent racing fuel is on average about $10.00/gal, where as E85 is under $3.00/gal. Although fuel consumption is higher per volume when the racing car is at full race speed, the total petroleum consumption (non-renewable energy) is nearly equal to that of a Toyota Prius, due to the Ethanol being a renewable energy source and displacing the petroleum. Given the reduced energy required to convert, ship, export and process cellulosic E85 compared to gasoline, if run on pure Ethanol, the racing car also produces less green house gases than this Toyota!

The network for E85 fuel is steadily starting to grow, but there is a very big potential to be tapped in the racing environment. Not only will it make consumers more comfortable with a different type of fuel ("win on Sunday, sell on Monday" can very much apply to fuel, as well as car brands), but it will also bring confidence in the product. Auto racing has the second largest television audience in the US, and has a very large grass-roots participation level to boot. There are nearly half a million amateur racing participants (drivers and teams) in the US, and also the US is home to nearly 1300 oval tracks and road courses. The attendance numbers for these grassroots events are in the millions annually.

There is a very large and ready audience for this type of new technology. The biggest benefit is that you use it the same way as gasoline. There is still a lot of hesitation among the public about electric vehicles and E85 quickly absolves that. There's no waiting for a battery to charge, and you don't have to worry about battery pack life. It's a car that just runs off a different, less expensive liquid. In fact, the only difference that you'd notice is a lower price per gallon, and a yellow handle at the gas pump.

Contributed by Patrick Morgan
Patrick Morgan is a Chief Driving Instructor for the Chicago Region SCCA. See more of his writing at www.onetrakmind.wordpress.com. He is a lifetime veteran of all things automobiles and is currently a career coach and driver manager for an up coming Grand-Am driver. Patrick can be reached for questions at trackoutmultimedia@gmail.com. Follow him on twitter @pmorganracing.
Posted by Unknown at 1:58 PM