I am thrilled to share that world famous performance coach, race car driver, author, and speaker Ross Bentley has put together a series of instructor-focused articles exclusively for OneHotLap. Here is today's eye-opening Part VII in the series -- 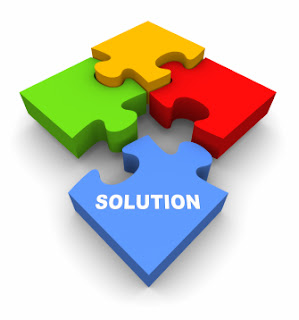 One thing that I've learned, and I know just about every other performance driver has learned, is that your car goes where you look. And if you look at a problem, such as a car spinning in front of you, you're likely to steer directly at it. In other words, if you look at the problem, you'll hit it.

Of course, if you learn to see a problem, and then very quickly identify the solution, that's a lesson that applies to so many things in life. And when I say "learn," what I really mean is that it becomes a part of your mental programming - it's become part of your subconscious, to the point where you don't have to think about it anymore – it’s almost automatic.

When instructing, you can practice this even more. Instead of focusing on your student's problem - his mistake - focus on the solution.

As a simple example, if you have a student who consistently turns in early for a corner, human nature seems to be to tell your student not to turn in early. After all, it makes sense to tell him not to make the mistake. The problem is that our brains don't hear the word "don't" very well. We cannot not do something. As proof of this, tell a 10-year-old boy not to pick on his sister and see how well he responds to that message!

Instead of telling your student what not to do (which is focusing on the problem), tell him what to do (focus on the solution). Tell him where to turn in.

The language you use when instructing is critical, and a simple change in where you focus your advice and commands can have a huge impact on your student's success. And the great thing is that you'll be practicing something that will help you in everything else you do in your life: focusing on the solution, and not the problem.

Related posts:
Part I - What It's All About
Part II - What Happens When You Ask Questions?
Part III - Integrate Classroom With On-track Instruction
Part IV - Watch What Your Body Says
Part V - Quit Lying
Part VI - Peeling The Onion
Posted by CT at 8:25 AM