I am thrilled to share that world famous performance coach, race car driver, author, and speaker Ross Bentley has put together a series of instructor-focused articles exclusively for OneHotLap. Here is today's eye-opening Part VIII in the series -- 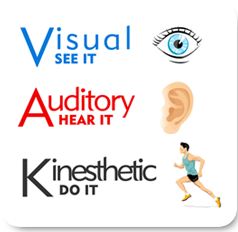 #8 - The Truth About Learning Styles
You've probably heard a lot about learning styles, and the fact that different people learn in different ways. You probably know that there are visual learners, auditory learners, and experiential learners.

Visual learners tend to learn things best when presented with the information in a way that they can see. As drivers, these people like to see track maps, lines drawn though the corners, and visual representations of the technique they're practicing. Often, these people learn from reading, but only if the writer has done a good job of painting a mental picture with the words on the pages.

Auditory learners just want to be told what to do, or have things verbally explained to them. These people do well in lectures, as they can take information in through listening, process it, and have it stick.

Experiential learners often struggle in classroom situations, as the information is usually just presented visually and auditorily. There is little experiencing of the information in the classroom. However, these students learn well when given the opportunity to physically try something. For example, telling an experiential learner where the line is through a turn does little; nor does drawing the line on a track map. It's not until this person actually drives the line, feeling how much steering it takes to make the car go there that it truly sinks in. Sometimes, the experiential learner can pick up what they need simply by feeling the motion of the car while sitting in the passenger seat, experiencing your driving.

Having said all that, I want to dispel a myth: learning styles are not as important as many people think. There is some validity to the theory, but it's way over-done and over-emphasized. Why do I say that? Because, while we may have a dominant learning style, we all learn through all three modes. The mistake that many instructors make is thinking that they need to hone in on just one style with each student. Instead, great instructors use a combination of all three learning styles.

And that's the main message I want you to take away from this article: use a combination of learning styles when instructing.
Then, when you have your student do mental imagery of a technique you want him to learn, have him use his visual, auditory and kinesthetic (feel, balance) senses. Have him mentally picture the technique, hear what is happening, and physically move his body and imagine the forces he would feel.

Learning happens physically, but also mentally, meaning that your student can learn things from physically doing them, but also by imagining them. This is typically referred to as visualizing, but my point is that your student should be using more than just their visual sense when imagining. They should be using as many senses as possible to maximize the learning experience.

So, does everyone learn the same way? No. But the best way to help your student learn is to mix and match a combination of different teaching modes or styles. If your student doesn't "get it," try a different approach. Remember, there is always a way in, always a way to reach your student and help him learn.

Related posts:
Part I - What It's All About
Part II - What Happens When You Ask Questions?
Part III - Integrate Classroom With On-track Instruction
Part IV - Watch What Your Body Says
Part V - Quit Lying
Part VI - Peeling The Onion
Part VII - Focus On the Solution
Posted by CT at 8:00 AM