I am thrilled to share that world famous performance coach, race car driver, author, and speaker Ross Bentley has put together a series of instructor-focused articles exclusively for OneHotLap. Here is today's eye-opening Part IX in the series -- 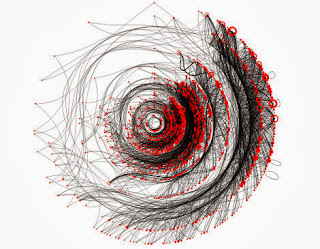 #9 – Imagine This
Have you ever worried about something? I bet you have. Then you've also done some visualization, that mystical, way-out-there technique sports psychologists recommend all athletes use - that technique that requires that you close your eyes, relax, breathe slowly, and use your imagination. Worrying is simply imagining something going wrong in the future, and pre-playing this negative image.

Of course, visualization can and should be used for more than worrying, more than just negative things. In fact, it's a powerful tool for improving your performance and that of your students, when used in a positive way.

Unfortunately, the term "visualization" is a bit of a misnomer. At least, it should be. By the very definition of the term, it uses only one sense: visual. It represents imagining the visual picture of whatever it is you want to accomplish. But to be most effective in learning anything, you should use more than just your visual sense.

There is a true story of an American who was captured and held in a POW prison camp for five years during the Korean War. He was an avid golfer, so as he sat in the prison for all those years, he imagined playing two rounds of his favorite game every single day. Not only did he mentally picture playing golf, he imagined the sound of the club striking the ball, the feel of the wind blowing, the smell of the grass, and most importantly, he physically imitated the movements. He imagined the physical movement by moving. Upon his release after five years, he quickly headed to the links and played better than he ever had. In fact, he scored a round of golf eight shots better than he ever had. And this was after not having physically touched a golf club in five years.

If this POW had simply closed his eyes and imagined the visual aspect of playing golf, he would not have performed the way he did. But because he used his senses of hearing, smell, and feel, it was "real" to his brain, and it was as if he had practiced two rounds of golf every day for five years. And he had, as our brain cannot tell the difference between a real and an imagined event if we make it real enough through the use of many senses. No wonder he improved so much! He had played two rounds of golf every day for five years!


Related posts:
Part I - What It's All About
Part II - What Happens When You Ask Questions?
Part III - Integrate Classroom With On-track Instruction
Part IV - Watch What Your Body Says
Part V - Quit Lying
Part VI - Peeling The Onion
Part VII - Focus On the Solution
Part VIII - The Truth About Learning Styles
Posted by CT at 8:00 AM