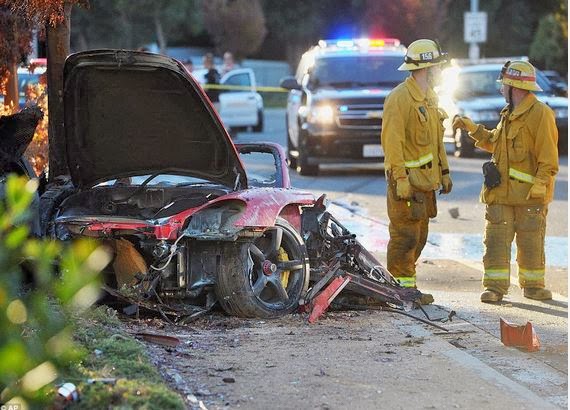 This is all that remained of the red 2005 Porsche Carrera GT driven by World Challenge driver Roger Rodas and “Fast and the Furious” star Paul Walker. They both died this Saturday, November 30 when Rodas lost control of the car and wrapped it around a tree. The Porsche burned down (footage was captured on camera, easy to find on Google).

Some thoughts:
R.I.P. Paul Walker and Roger Rodas
Posted by CT at 3:45 PM