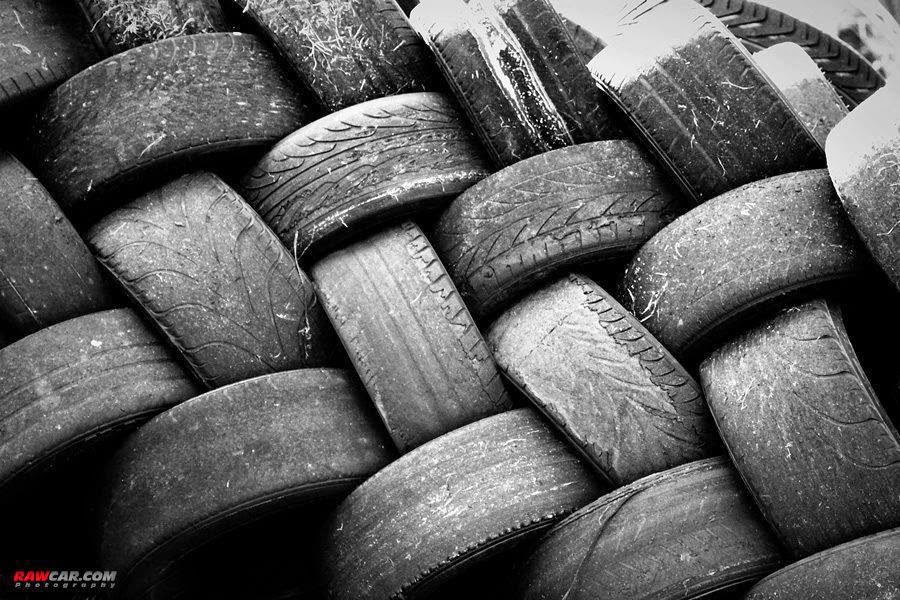 If you are serious about performance tires, you have probably already seen our write-up titled Breaking Down the Tire Rack's 2013 Performance Tire Test. Here are all of the Tire Rack's top street tire numbers at a glance. One very important thing to consider is that the Tire Rack has always used the same testing protocol and they are not out to find the ultimate fastest setup but more repeatable and reliable data for the general enthusiast. Here are some raw notes from 12-time SCCA National Autocross Champion Andy Hollis that he posted on his Facebook page Hollis Racing to help you understand the differences between the Tire Rack and GRM's tire tests:

"Two big differences between Tire Rack's testing and the GRM tests.
1) The do use placard pressures for all the tires, so there is no optimization there.
2) The rim/tire combo we tested was 205 on a 7.5" rim, which is a very "square" setup. The 245 on an 8 is somewhat over-tired on that rim. So I would expect the tire with the stiffer sidewalls to respond better. When we did the track test for GRM, we tested different size tires and rims and found that the Rival wants a square setup for optimal performance. Tire width = tread width (not section). It would be interesting to see how the TR results stacked up with those same 245 on 9's or even 10's."
Source: Hollis Racing

And here are some eye-opening thoughts that he posted on Miata.net before the official Tire Rack results were posted:

Extreme tire testing thoughts
"While we wait for the "Official Tire Rack test results" I thought I would share some of my feedback in advance. I really have to say it's a great time to be an extreme performance tire customer. The tires are just getting so close in terms of performance. For a street car you would be hard pressed to notice much difference between any of the top tires.

I get asked often which of the tires are best for a daily driven car. Part of what I look at when answering this question is ride and noise comfort. While the Track junkie does not care about this, most of us have to live with the tire on a daily basics.

I got done with the highway/country road test loop that we do and the first thing I said when getting out of the car is I cannot believe how quiet/comfortable these tires are for an extreme performance tire. This started a discussion about are BMW test cars. These are equipped with runflat tires from the factory. Runflats are stiff, heavy and loud in most cases. I believe the suspension on the BMW was very well suited for this type of tire.

The Dunlop had the most tread growl of the three. When on concrete the noise increased. While definitely manageable, it was the noisiest of the group IMO. The Yokohama and BFG had less tread noise when compared to the Dunlop. It felt to me as if the BFG had the stiffest sidewall as you could feel the firmness as you hit expansion joints in the pavement. The RE-11A had slightly less noise and improved ride quality versus the other 3 tires.

As I look at some of the initial dry times it looks like it the tires came out in the dry as follows:

1. & 2. Tool Close to call between the ZII and the Rival. Times will need to be averaged out. I personally preferred and ran my fastest lap on the Rival.
3. AD08R
4. RE11A

Average lap times look like they will be within 4 10ths of a second on our 30 second Auto X between the four. Again these are initial looks and could be different versus the official Tire Rack report. The ZII, Rival and AD08R are very close with the Bridgestone not very far behind. I want to point out that are testing was done on the BMW's on a short Auto X. Weather was relatively cool the day I tested around mid 70's.

As far as Wet Traction, the Yokohama's had the fastest time and the other 3 were again very close. The Rival again actually surprised me and did well.

The important item to note is these tires have better wet traction that almost any all season tire. So the wet traction is solid. Hydro-planing is always an issue with Extreme tires at speed.

If you are running in competition, it looks the ZII or Rival would be you top two and it could come down to the actual car and suspension setup and course."

One other note on wear. After many, many AutoX's, The BFG and Yokohama's had the best and most consistent wear."
Source: Miata.net