A True Heartwarming Story: The OneHotLap Evo Gets A Wing!

Long-term OneHotLap supporter EJ proudly announced the arrival of his Evo's new wing:
This picnic table seats 4 adults and ensures any spilled drinks drain off the front of the table and not into your lap. 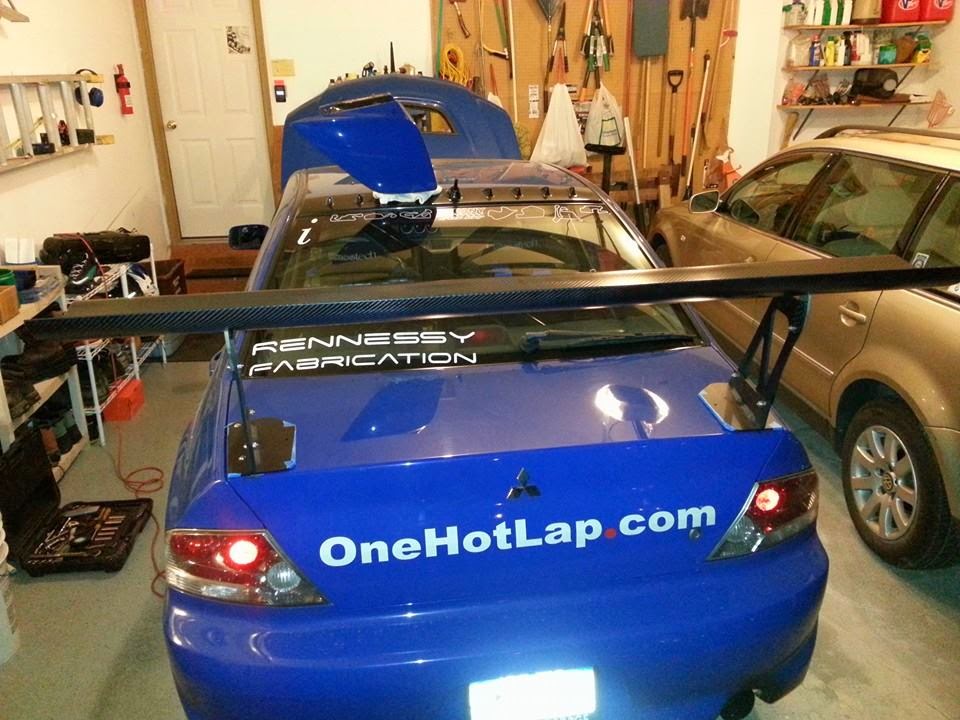 Some of his friends were impressed:
Woah, took my breath away for a second!

Some were concerned:
You're gonna need a bigger garage.

But EJ had solutions:
They make 'em bigger but this is as large as SCCA rules allow. I can't even imagine. And yes, I'm either going to need to remove it when parked for long periods or fab some sort of padding for the driver's side so as not to threaten passersby leaving or entering the garage.

Other friends decided to help...
Just drape a tarp across it and park outside; it doubles as a carport.

... and encourage:
At least no one will be mistaking you for a middle-aged guy anymore!

EJ was relieved:
Guys are always asking if it's my son's car.

A very knowledgeable friend suggested that a VARIS MITSUBISHI EVO WIDE BODY KIT designed for TIME ATTACK USE ONLY would complement the wing well.

OR
emergency stretcher for EMT.

Another friend inquired if EJ had
borrowed blade from Mitsubishi MM35B 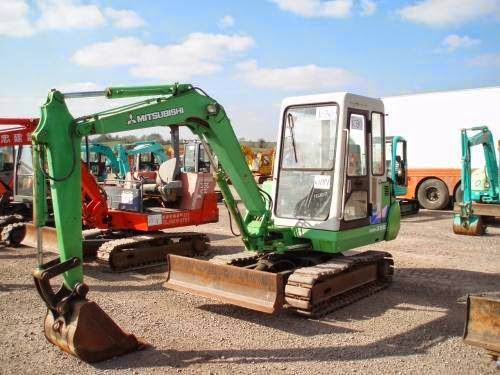 Having his plot foiled, EJ hit back:
Playah haters...

The well-intentioned S2K owner was still trying to help:
That is one huge wing, fella....you gunna get the rest of the kit installed up front before you track it at Albany International Airport ? 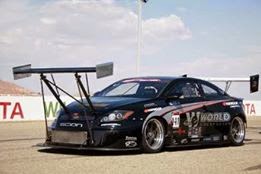 EJ was not amused:
Nah, that's for those FWD weenies.

At first, the S2K owner started taunting...
FWD ...AWD....same thing right ?? When are you going to try the REAL RWD configuration ? Come on over to the dark side .....

... but then he felt compassion:
This might work better for a BIG wing...the BUMPER mount. I got a feeling that with 400+ HP you will be putting so much stress on your trunk it will result in Warp-age. I been there done that, no use in hurting pretty little Blue One Hot Lap. 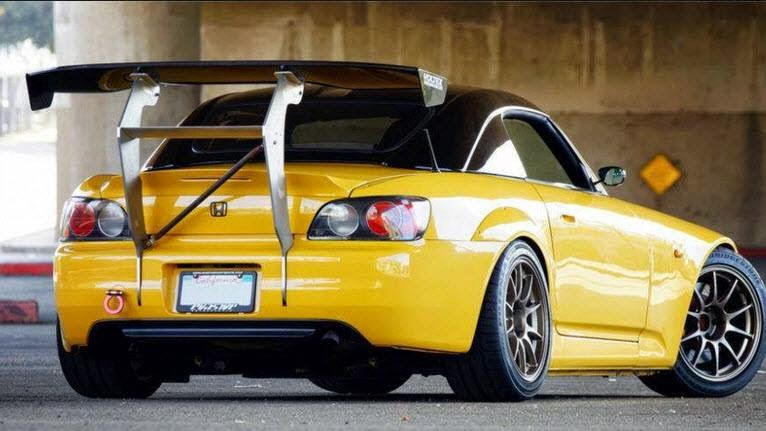 An experienced tech from Rennessy Fabrication chimed in:
Yup, transfer load into the structure instead of flimsy decklid is always better. But EJ likes his creature comforts like easy access to the trunk.

Other friends were starting to pile in:
Holy spoiler batman!


Then everyone got together and figured out the best solution for the WING:


Turn it into a breakfast bar and hang their panties on the sides of it! 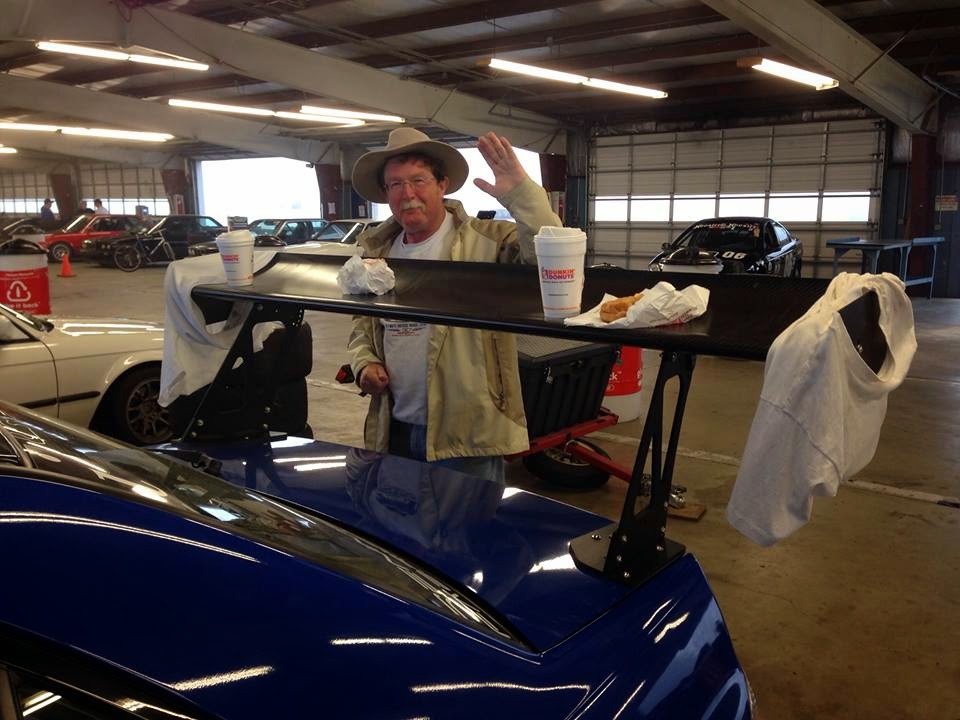 A caring friend found yet another great use for the versatile WING: Garage flagpole! 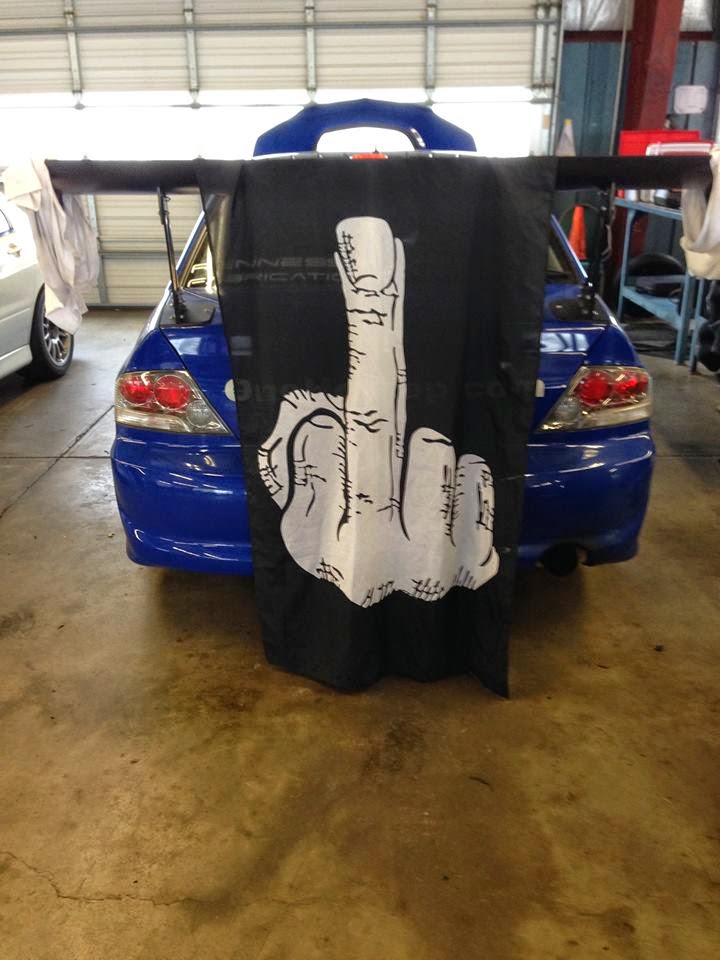 "EJ fully deserves the You Are #1 flag", lamented said friend and asked One Hot Lap to weave the flag design into its logo.

We firmly believe that everyone deserves to have supportive friends like EJ's and most happily obliged: